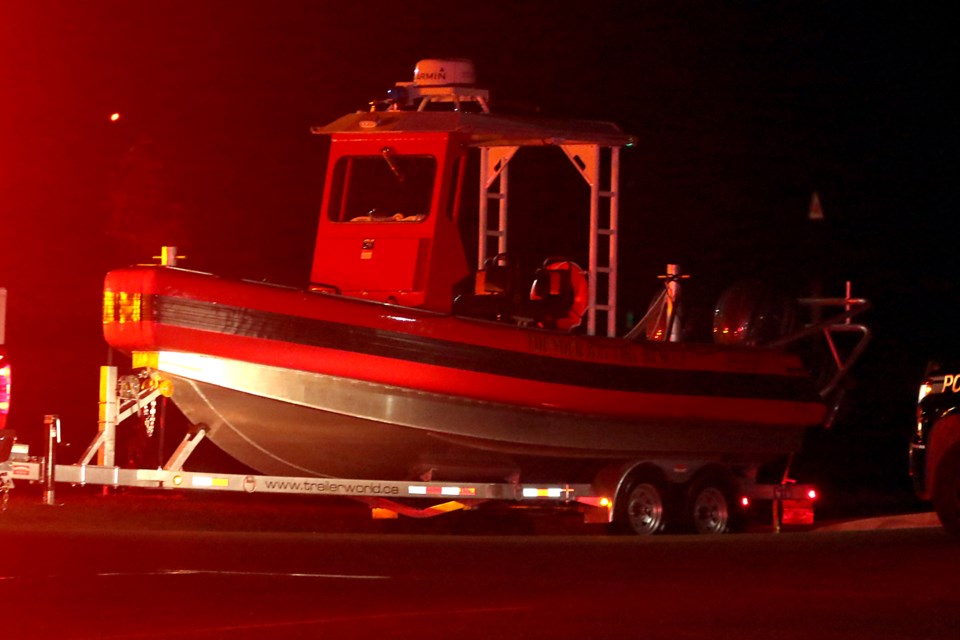 Thunder Bay Fire Rescue on Thursday, Aug. 22, 2019 responded to a boat crash that injured six near the breakwall at the Thunder Bay waterfront. (Leith Dunick, tbnewswatch.com)

THUNDER BAY -- Six people were injured and rushed to hospital on Thursday night after their boat struck the breakwall as they were returning to the Thunder Bay marina.

"The information we were given was that a boat was returning to shore and ended up on the breakwall with six injured. Thunder Bay Fire Rescue and the Coast Guard responded, removed all six and brought them to shore," Doucette said.

Everyone on the boat was accounted for, he added, noting that all six were still on the boat by the time rescuers arrived.

"Thunder Bay EMS took care of it from there."

The boat is believed to have been destroyed as a result of the crash.

According to Thunder Bay Police release issued Friday morning, all six individuals were transported to hospital. One sustained life-threatening injuries and is currently in serious condition.

Police say alcohol is a suspected factor in the collision.