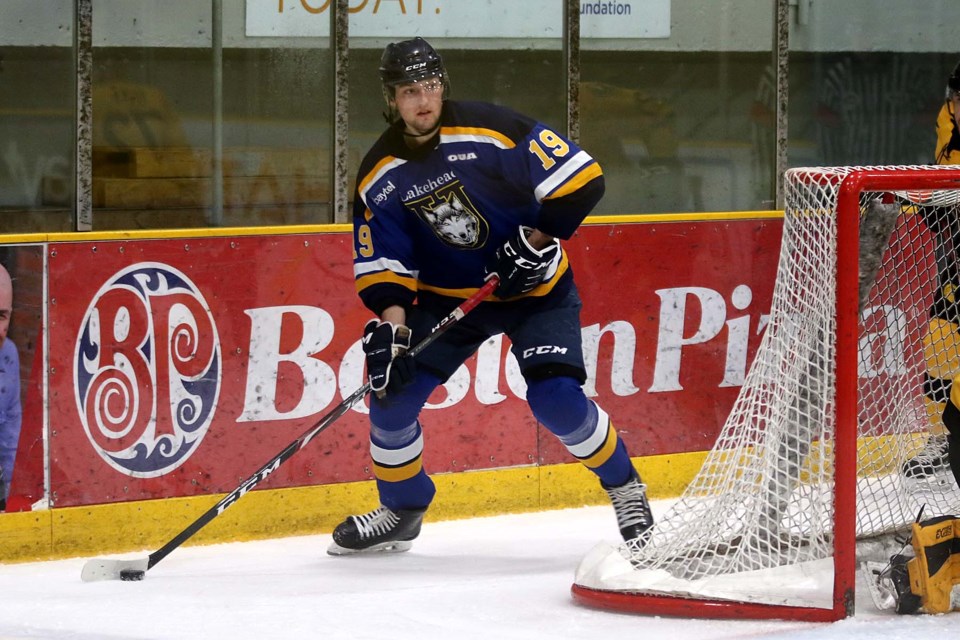 The Czech Republic import has signed a deal with HC Kometa Brno.

The 23-year-old was a two-time member of the Czech Republic’s world junior team in 2016 and 2017, but was undrafted by the National Hockey League.

He was invited to the Calgary Flames training camp before joining the Thunderwolves.

"The transfer was born quickly, the agent and I started to deal with it in early May. First we contacted my parent club from Olomouc, then came offers from the Extra Liga and abroad. Komet was already interested in me two years ago, I was glad that the interest continued. I have the first training behind me, so far great,” Soustal said in an interview posted to and translate from the team website.

Soustal reported to the team on Monday.

The Sterbert, Czech Republic native told the website he enjoyed his time in Thunder Bay, but he was ready to move on.

“I spent two nice years there, but I decided it was time for a change. However, I continue with the school, I want to move two years of study to the Czech Republic and finish my bachelor's degree here. Basically, I will have a year to study.”

Lakehead coach Andrew Wilkins said Soustal will be tough to replace, but he fully understands his decision, given the uncertainty of the coming OUA hockey season because of COVID-19 and being given a chance to play professional hockey closer to home.

"It's a tough loss," Wilkins said, calling Soustal LU's best player while adding it'll be a chance for others to step up their game and show they belong on the top line.