Southbridge Roseview is 'like a war zone,' union leader says

Southbridge management says it has increased its staff and is looking for more.
Dec 14, 2020 6:21 PM By: Gary Rinne 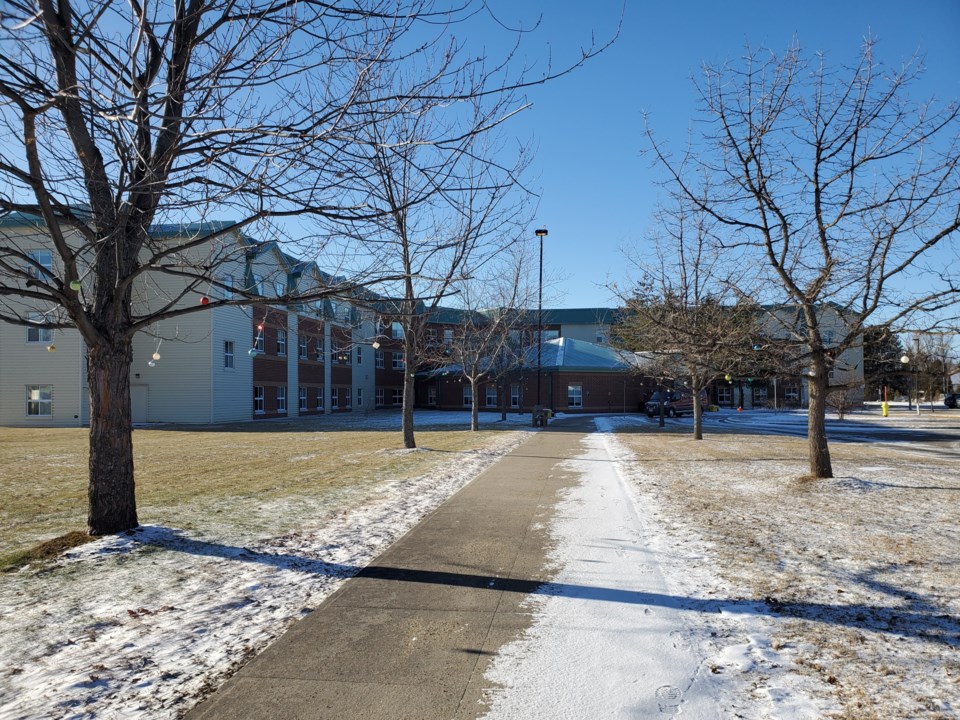 THUNDER BAY — The union representing personal support workers, registered practical nurses and other staff at a Thunder Bay nursing home devastated by COVID-19 says there's a lot wrong with how the pandemic has been handled at the facility.

Unifor, however, is also pointing a finger at the Ontario government for the situation at Southbridge Roseview on Shuniah Street.

For its part, Southbridge Care Homes says it has brought in dozens of new staff, and is working diligently to protect both residents and workers in the face of a challenging situation.

As of Monday, 11 residents of the Roseview nursing home have died after contracting the virus.

Kari Jefford, president of Unifor Local 229, says her members are extremely upset by the deaths of their clients, many of whom they have come to consider as family members.

"My members are off ill and sick with the disease. You can just see and hear. People are calling, and we see it on social media, the anguish that our members are feeling that these residents have died, [or] have died alone or with staff members from another city that don't even know them," Jefford said Monday.

She said that, until now, the union has avoided speaking out about the situation.

"The union leadership has done its very best to effect change within the workplace without making things worse by publicly slamming the employer. But it's come to a point, we're in the fourth or fifth week of the outbreak. Our members are suffering. Residents are dying. We think the employer could be doing a better job of managing the outbreak."

Jefford said Southbridge has done a good job communicating only "what they want to communicate" which is less harsh than reality.

Managers, she said, initially secured residents with COVID or suspected COVID in a unit where there were still people who had no symptoms.

"Symptomatic patients from other units were moved onto the COVID unit, and then moved back to their home unit. When you create a hot zone or a COVID unit, the staff aren't supposed to move throughout the building. They were redeploying staff partway through shifts," after they had worked in the COVID area, Jefford alleged.

Jefford said space in the COVID unit became so tight that some residents were placed in a tub room.

With many residents having dementia or cognitive issues, she said COVID likely spread more easily at Roseview because of people wandering from room to room due to a lack of staff to redirect them.

"We were already in crisis in long-term care before COVID. The working conditions are horrible. The pay, the pension and benefits, aren't there. There are too many part-time and casual employees. There's no job security, so people are working two and three jobs. It's the environment that has created this disaster. It's the pandemic that has really brought it to light."

Jefford said residents don't get the proper level of care because staffing is insufficient under government requirements. The province, she said, should have acted sooner to ensure more daily hands-on care for each resident.

With members off sick, she said staffing at Roseview has become an even greater challenge.

She said there are cases where just one regular staff member finds herself working in a COVID unit with five or six people from out-of-town, some of whom have no long-term care experience.

"It's like a war zone in there. They're not given time to read through the care plan or get familiar with the situation. They're just thrown in there."

Jefford's allegations are strongly disputed by a representative of Southbridge Care Homes.

Candace Chartier, the company's chief seniors advocate and strategic partnerships officer, said the loss of 11 cherished residents has devastated everyone, adding that Southbridge is doing everything it can to keep its clients safe.

Chartier denied that staff assigned to COVID units have also been allowed to work in other parts of the building.

"Absolutely not. All our staff are cohorted. They are designated to a unit, and once they're in that unit, that's where they stay."

Chartier also said staffing levels are assessed daily in conjunction with public health officials, and in some cases are maintained at higher ratios than are mandated, with the addition of new staff that have been brought in.

"If anything right now, we are overstaffed in some of our units. We were fully staffed before the outbreak, and we've increased staffing since. That being said, we could use more registered staff, and you will see that we are advertising for them."

She said the company is also working with health care partners to obtain more nursing staff.

In the last little while, Chartier said, more than 60 new personnel have been brought into Roseview, mostly personal support workers, but also managers, IPAC experts, registered nurses and doctors.

Thirty-nine PSWs were hired this past weekend alone, she said, and six more are en route this week.

As part of the infection control measures, Chartier said residents are being screened for COVID twice daily, and staff are screened three times during each shift.

"We have a dedicated IPAC champion on every floor during every shift on every unit to audit the appropriate use of personal protective equipment," she added.

Chartier denied that any residents "were ever cohorted into a bathroom. You have spa rooms where there may be a tub in one area of the room, but they are spacious areas where we would be able to creatively cohort if we had to."

The source of the outbreak at Roseview has not been pinpointed, but she said the virus was likely brought into the facility by either an asymptomatic staff member or an asymptomatic essential care giver.

Although Jefford said there's plenty of speculation about how it started, she questions the decision to allow family members into long-term care facilities as designated caregivers during the second wave of the pandemic.

"In the first wave they stopped all visitations to LTC facilities. We understand that not having loved ones come in and provide care or be a comfort can be devastating. But we also know it's a huge spreader of the disease... we know there's community spread. If it's happening there, this is how it's getting into long-term care."