Spanish caravan continues to roll into Lakehead U 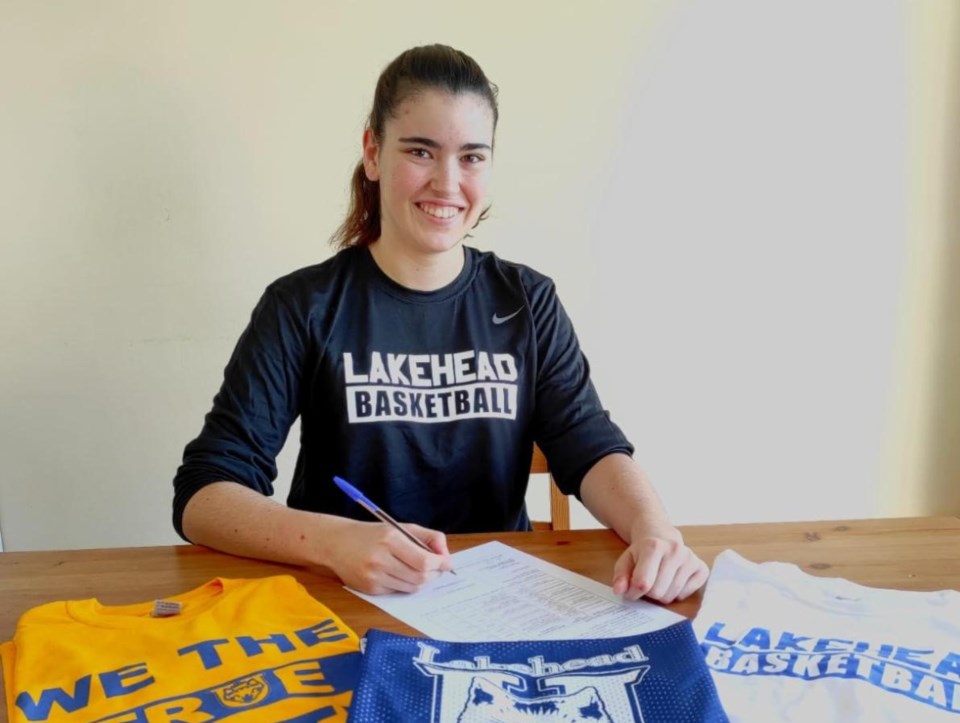 THUNDER BAY -- The Lakehead Thunderwolves have tapped the Spanish recruiting well once again.

The women's basketball team on Friday announced it has landed 6-foot-1 post Eva Guilera, a native of La Granada, Spain who captured silver at the Women's U18 International Tournament last year and bronze at the 2018-19 Catalonia Championships.

Guilera is the second Spanish player on the Thunderwolves roster, joining all-star Sofia Lluch, who spent the past season playing professionally in Spain, but has committed to return in the fall.

“From the very first moment I felt Lakehead was the right place for me and I am very excited to be part of the Lakehead community. Talking with coach Jon Kreinier I knew playing with their team I will be able to get my game to the next level, which is my principal goal, and that coaches will push my hardest to make that happen," said Guillera, who plans to study electrical engineering at Lakehead.

Kreiner, who has had plenty of success recruiting out-of-country in recent years, said he's thrilled to land a prospect with the Guilera's abilities.

“Eva is a very smart and dedicated young woman who has a strong desire to improve. Eva is an athletic and mobile post who has a very good basketball IQ. She understands how and where to move off the ball on offence and is a very solid defender and rebounder. Eva is an excellent student and an even better teammate.”

Kim Gispert, coach of Guilera's current club team, has nothing but good things to say about Guilera's talent and attitude, both on and off the court.
"Eva is a tactically very disciplined player who tends to make good decisions during training and the game. She stands out for her understanding of the game, her predisposition to effort and work and above all I would highlight her infinite ability to absorb new knowledge that later turns into resources for self-management of her personal improvement. She is very brave in trying and applying everything that comes her way. Her human and personal facet is extraordinary," Gispert said, in a release issued by the Thunderwolves.
Kreiner, whose team did not play last season because of COVID-19, said he's looking forward to seeing his new recruit in action.
“I cannot wait to start coaching Eva,” Kreiner said. “She will leave a very positive and lasting impression on the Thunderwolves program."