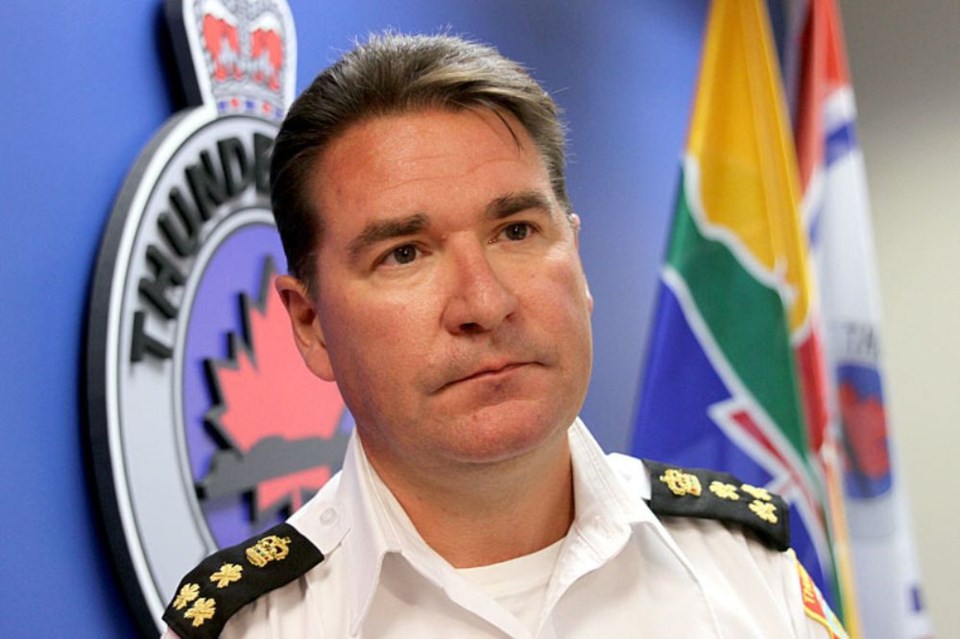 Thunder Bay’s homicide rate last year was more than 6.5 times the national average, which was the lowest recorded since 1966.

Police Chief J.P. Levesque said he’s not surprised, given the fact 11 people were murdered in the city in 2014, a single-year record.

“It’s not a number we like to see,” said Levesque on Wednesday, the day Statistics Canada released its annual crime severity index survey of 33 census metropolitan areas across the country.

Thunder Bay was fourth, up from eighth in the overall crime severity index, with a 92.2 score in 2014. It was 83.1 in 2013. Last year marked the first year in the past five that the CSI wasn’t lower than the previous year.

The city was third in robberies, ninth in break-and-enters and 13th in motor-vehicle thefts.

It was also first in the violent crime severity index, with a 143.5 score, Thunder Bay’s highest in the past six years.

Levesque said the latter figure can directly be tied to the number of murders in the city in 2014. To date this year, there has only been one murder.

“With homicides being the most severe violent crime, of course it’s going to be high,” he said. “It’s unfortunate, but that’s the way the year went last year.”

On a positive note, if there is such a thing when a murder occurs, it’s that the Thunder Bay Police Service’s clearance rate is one of the best when it comes to solving homicides.

“Both overall and for violent crimes we’re 12 points above the national average in clearance rate. That’s little solace to the family of victims, but I think it certainly speaks to the dedication of the people who investigate these kinds of crimes,” Levesque said.

“Homicides are unpredictable. There’s usually something fueling it. In all the cases that we’re aware of from last year, at least the ones we laid charges in, the victim and accused are known to each other, fuelled in some cases by alcohol and other addictive substances.”

It’s nearly impossible to prevent a murder from a police perspective, though Levesque does hold out hope that social programs designed at ending the addiction and poverty cycles can help ensure the city falls in line with the national average drop.

Levesque said he’s not sure why the city’s property crime rate is on the rise.