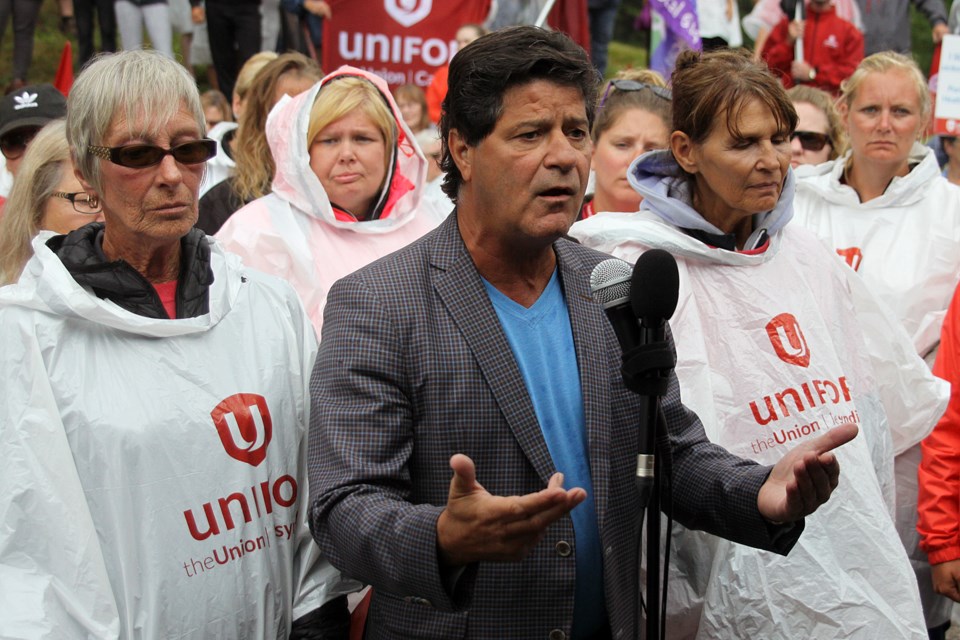 THUNDER BAY – With tensions mounting on the picket line, striking workers at the Port Arthur Health Centre say they’ve made an offer to end the labour dispute, now in its 124th day.

"This offer is fair to both sides, and more importantly would pave the way to quickly reopen the health centre so patients can get the health care they need," said Unifor national president Jerry Dias, in a release issued just before midnight on Thursday.

"All we need now is for the doctors to return the table and negotiate a final agreement."

Dias said the potential deal benefits both the 65 striking workers as well as the clinic’s doctors, their employers.

The strike took an ugly turn this week, when union members erected a fence around entrances to the north-side facility, denying patients access to the centre. Dias said the union has reached out to the employer to discuss picket protocol, which a judge on Wednesday ordered when an interim order was put in place under court order.

Details of the offer were not made public.

Seven alleged drug traffickers to remain in custody awaiting bail
May 25, 2020 6:14 PM
Comments
We welcome your feedback and encourage you to share your thoughts. We ask that you be respectful of others and their points of view, refrain from personal attacks and stay on topic. To learn about our commenting policies and how we moderate, please read our Community Guidelines.
The latest on COVID-19 Local and global updates →
Support local: Delivery, takeout & more
View local businesses