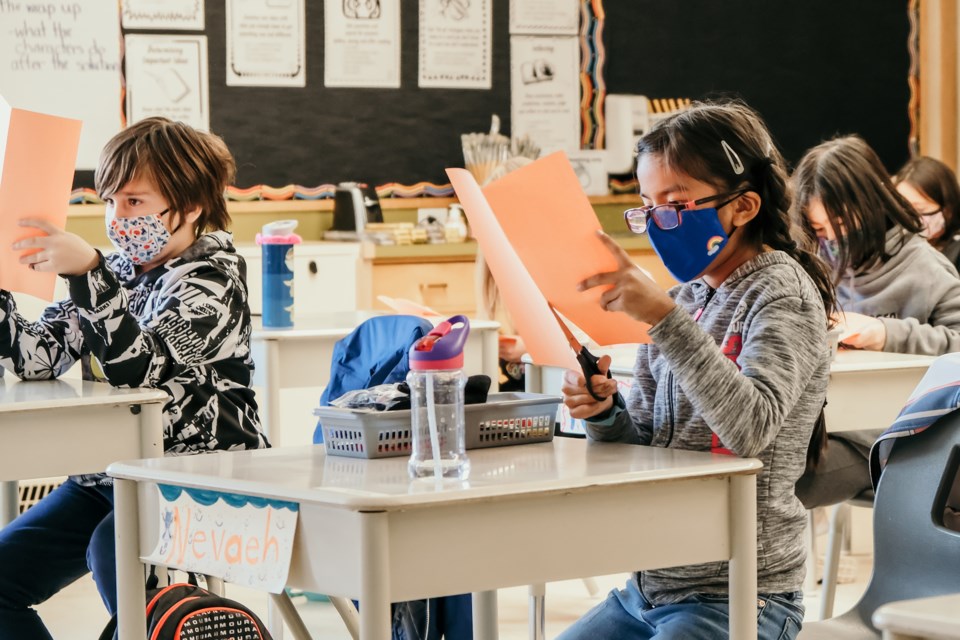 THUNDER BAY - The school year looks very different in 2020 and some students are opting to change how they learn.

With the province now in a second wave of COVID-19, some families are opting to have their children learn online, while others are choosing to return to the classroom due to the city seeing a low case count.

The first window to opt-in to in-class learning at the elementary level closed earlier this week and the Lakehead Public School Board saw 165 students move to virtual learning, while 100 returned to the classroom.

There are currently 960 students in the elementary virtual school and 5,100 enrolled in the conventional in-class model.

“I do think the rising numbers in Toronto and the number of schools with reported cases in Ontario really have influenced some people,” said A.J. Keene, superintendent of education with the Lakehead Public School Board. “So I think that made up some parents minds to move to virtual learning maybe more so than if it had been a few weeks earlier.”

The Lakehead Board also saw a case of COVID-19 in a student at Ecole Gron Morgan, which Keene said might have also influenced some parents.

“I don’t see how it couldn’t,” he said. “That was a big scare for everybody. We were the first case in a school in Thunder Bay. I’m sure a lot of people looked at that and decided to move to virtual. We are happy that it was just a single case.”

At the Thunder Bay Catholic District School Board, there was a significant transition, but more students opted to return to the classroom.

“Our numbers actually stayed quite balanced,” said Anita Treesh, principal at K to 12 virtual school with the Thunder Bay Catholic District School Board. “We have approximately 913 kids in our schools now, which is around 20 students less than we had prior.”

At the start of September, there was 934 students enrolled in the virtual school.

Treesh said there have been some students who have had to move to the virtual model because of health concerns at home, but for the most part, parents are feeling more comfortable with the in-class model.

“Parents are feeling safer and seeing that our numbers haven’t drastically grown and they know students do want to be back in school when they can,” she said.

“We understand that some children cannot be, given situations at home. But families that are realizing they can send their kids back to conventional school, they did go during that opt-in period.”

Because the numbers have remained balanced, Treesh said there hasn’t been a need to move any additional teachers to the virtual school.

“We haven’t had any movement yet,” she said. “We are managing right now to maintain our staff and classrooms as is. We have not had to reorganize our classes at this time.”

The Lakehead Board was required to move some teachers because additional classrooms were added to the online elementary virtual school.

“What we ended up having to pull teachers from four schools because their numbers were down and so they had to reorganize their classrooms and schools with one fewer classrooms and we added two staff to the virtual school, so we increased the number of classes from 34 to 36,” Keene said. “But we also added two teachers to two other schools.”

Requests to opt-in to the conventional classroom model with the Catholic Board need to be made prior to Jan. 21. At the Lakehead Board, the next opt-in deadline is Feb. 1.

Keene added that initially the board wanted to allow students to transition to the virtual school at anytime, but because the largest classes are in the virtual school, it is asking parents wait Nov. 13 to opt-in to virtual learning.

The opt-out window for high school students will take place at the end of the first quadmester at the beginning of November.