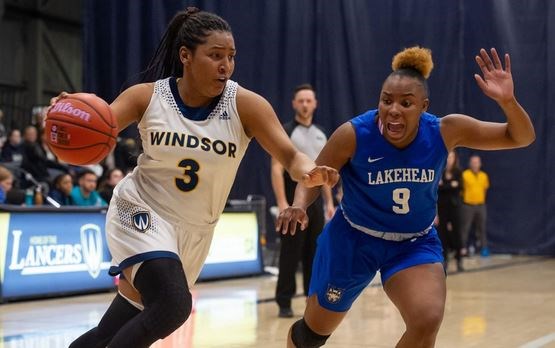 WINDSOR, Ont. -- It was a one-and-done post-season for the Lakehead Thunderwolves.

The Wolves, who squeaked into the OUA women's basketball playoffs as the No. 12 seed, met their match against the Windsor Lancers on the road, pounded 96-42 and eliminated from post-season contention in the opening round.

It was a tough night all around for Lakehead, who never managed to score than 14 points in any quarter, while giving up at least 20 to the Lanceres in all four.

Nikki Ylagan, likely playing her final game with the Thunderwolves, tied Sofia Lluch for the team lead with 10 ponts.

The Lancers did a fantastic job keeping the Wolves three-point threats neutralized, LU going a combined 0-fior-5 on the night. Windsor, on the other hand, hit 12 from beyond the arc.

Kayah Clarke had 21 to lead all scorerrs, while Harriet Carey had 17 off the bench for Windsor.