Three arrested in Westfort after drugs, handgun, and cash seized

Reports of an unwanted person led to the arrest of one Thunder Bay woman, and two males from the Greater Toronto Area
Sep 21, 2019 4:37 PM By: Community Submission 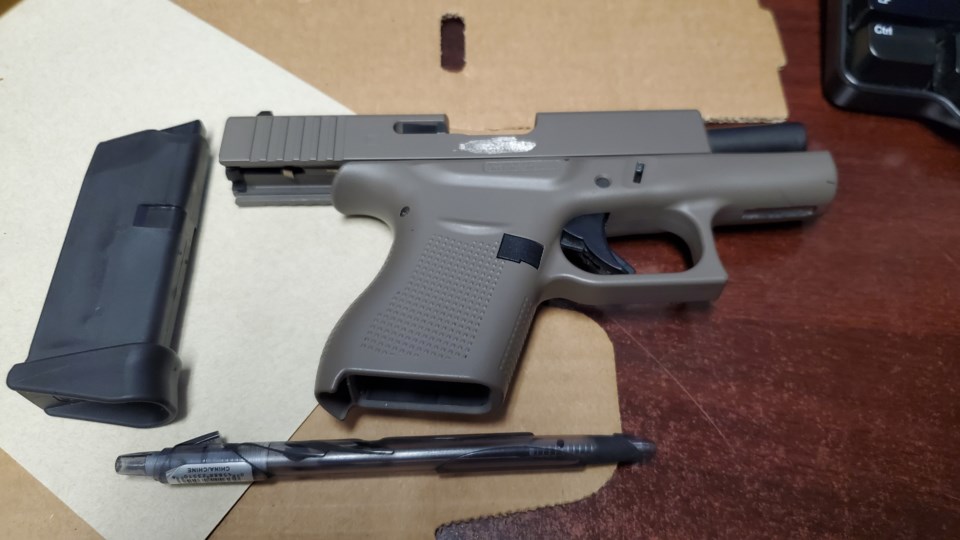 Thunder Bay Police Service officers with the Uniform Patrol Branch were dispatched to a residence in the 200 block of Frederica Street in the late evening hours of Friday, Sept. 20 following reports of unwanted persons in an apartment unit.

When police arrived they learned that none of the people inside the apartment were tenants, and that the actual tenant was not present.

Eleven people were found in the apartment and subsequently removed.

While speaking with two males who identified themselves as being from the Greater Toronto Area, officers noticed paraphernalia consistent with drug trafficking and a quantity of a substance believed to be cocaine.

Police then found a loaded handgun with a bullet in the chamber in the possession of one of the males.

Through the course of their investigation officers located a local woman who claimed she was watching the apartment for the tenant.

The investigation also revealed the identity the two Toronto-area males provided to police was false. As a result they face additional charges of obstructing police.

Sohaib MOLOWI, 18, of Mississauga, Ont., is charged with:

All three appeared in court Saturday and were remanded into custody with a future appearance date.

Police investigating suspected stabbing on May Street
Sep 26, 2020 4:01 PM
Comments
We welcome your feedback and encourage you to share your thoughts. We ask that you be respectful of others and their points of view, refrain from personal attacks and stay on topic. To learn about our commenting policies and how we moderate, please read our Community Guidelines.
The latest on COVID-19 Local and global updates →