ZEN Graphene Solutions says its product will be proven safe and effective, after Health Canada recall of all masks containing graphene.
Apr 7, 2021 2:09 PM By: Ian Kaufman 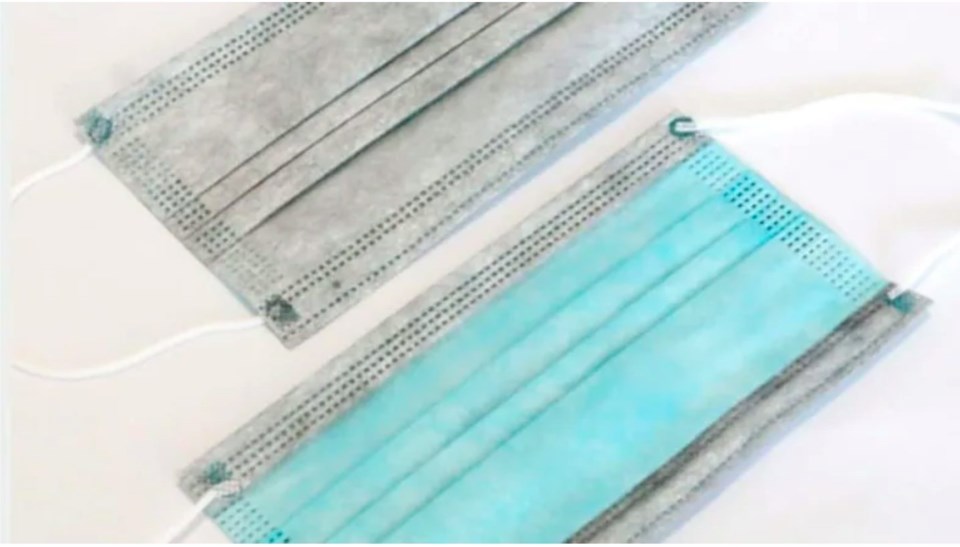 THUNDER BAY – A local company remains confident masks made with its graphene coating will be proven safe and highly effective, after Health Canada ordered all masks containing graphene off the market last week.

In an advisory issued Friday, the federal agency directed companies to stop selling the products, and warned the public not to use any masks labelled as containing graphene or biomass graphene.

The step was a precautionary measure after receiving a complaint from a member of the public, it said.

“Health Canada conducted a preliminary scientific assessment after being made aware that masks containing graphene have been sold with COVID-19 claims and used by adults and children in schools and daycares,” read an advisory issued Friday.

Health Canada has since confirmed the masks that prompted the complaint, with model number SNN200642, were also used in clinic and hospitals.

The Quebec government distributed more than 30 million of the masks, which are grey and blue and were sold through Quebec supplier Metallifer, CTV news reported.

Though no incidents involving serious harm had been reported as of Tuesday, Health Canada’s initial investigation turned up concerns that “inhaled graphene particles had some potential to cause early lung toxicity in animals.”

The agency noted that both the potential to inhale graphene particles from masks, and the related health risks, remained unknown and could vary depending on mask design.

Health Canada declined an interview Tuesday, and would not comment on where or how widely the masks were in use.

ZEN Graphene Solutions, which is headquartered in Thunder Bay and manufactures its own graphene coating for masks and filters, has expressed confidence in its product, which had not yet hit the market.

The company signed an agreement last year with Collingwood-based Trebor Rx to supply virucidal coating for a minimum of 100 million masks and filters.

ZEN has called its technology “the disrupter we need to get ahead of this and the other mutations of the SARS-CoV-2 virus.”

The masks, which Trebor Rx hoped to begin selling in April, proved over 99 per cent efficacious against the virus in lab tests, said ZEN Graphene Solutions CEO Greg Fenton.

While the recall could undermine consumer confidence in the short run, he welcomed the additional scrutiny.

“It may create some short-term confusion, it may leave a little bit of a black eye on the market,” he said. “[But] I think it’s a real opportunity for us to differentiate ourselves, by going through the rigorous process Health Canada has set to get these masks approved.”

Not all graphene is created equal, Fenton said, noting ZEN’s coating is manufactured very differently from the masks that prompted complaints.

“I think there’s been a knee-jerk reaction,” he said, “but I think it’s more a lack of understanding of the graphene space and what graphene is. People are associating us with the masks that were pulled off the market in Quebec, and we couldn’t be any further away from those masks.”

“We’ve just unfortunately been lumped into that same category, so now it’s up to us to prove why we’re different, why we’re safe, and that’s the process we’re going through right now.”

The masks that prompted complaints used biomass graphene, made from plant matter, he believes.

ZEN’s graphene coating is derived from graphite mined at its Albany Graphite Project, about 70 kilometres northwest of Hearst.

Health Canada’s advisory applied to both types of the nanoform graphene, which consists of a single layer of carbon atoms.

The company has worked with Health Canada for about five months to secure approval for the product, testing it at third party labs and working with a number of universities.

ZEN is also testing its formulation for potential human use as a pharmaceutical product, and has so far conducted two phases of animal testing. It says the results have prompted interest from the pharmaceutical industry.

Health Canada is now reviewing additional data from companies including ZEN, it said.

However, the CEO said the agency had been “incredibly responsive” during prior stages of approval, accelerating some standard procedures due to the pandemic.

A list of medical devices approved by Health Canada can be accessed online. The Department encourages anyone who has concerns with graphene-coated masks or any other health products to file a report using its online complaint form.