Because one of the claimants' daughter works at a lottery retailer, prize will be held for 30 days before being paid out.
Jul 31, 2020 12:43 PM By: Leith Dunick 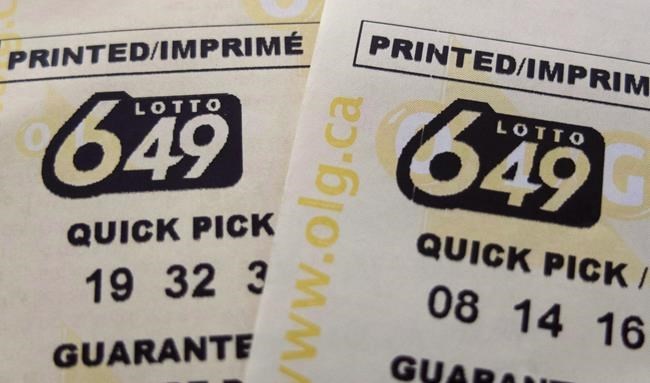 They’ll just have to wait a little longer as one of the winning ticket-holders’ daughter is an employee at an Ontario Lottery and Gaming Corporation authorized retailer.

The group, which includes Sandy Thomas, Gary Linger, Lawrence Fletcher and Ryan Mazurski, won the prize in the April 1 draw.

They’ve completed the first step of a two-step insider win process. The prize will be held for a 30-day waiting period and if there are no additional claims on the prize, it will be paid out on Aug. 28.

The winning ticket was sold at South Neebing Variety on Highway 61.