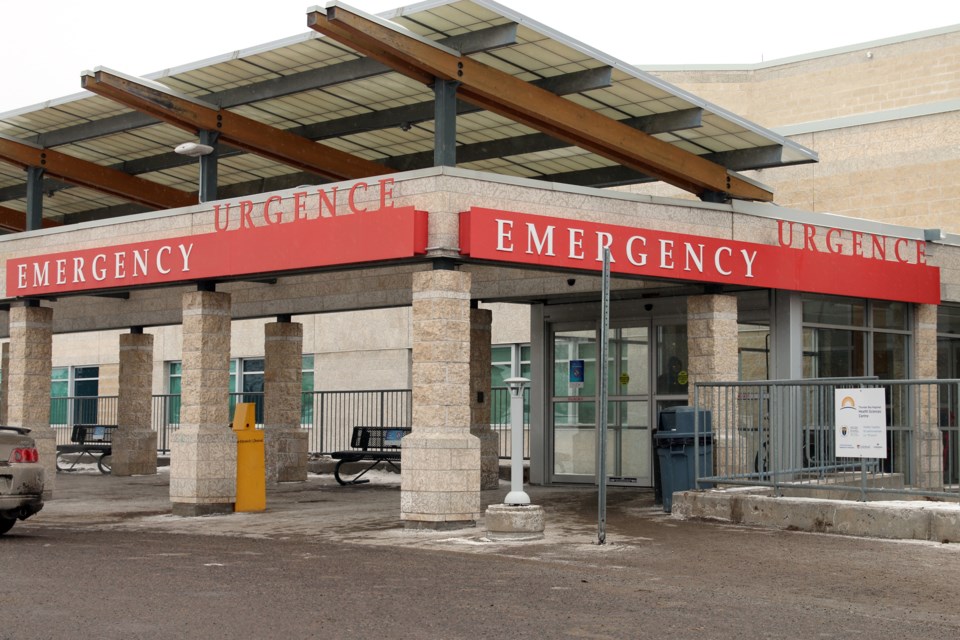 THUNDER BAY — A patient who set a mattress on fire Saturday in the Emergency Department of the Thunder Bay Regional Health Sciences Centre was the only individual who required treatment.

The patient suffered burns, but the extent of his injuries has not been released.

So far there is no confirmation as to the nature of any criminal charges that may have been laid in the case.

The incident occurred in a seclusion room within the patient treatment area of the ED.

"A front-line nurse noticed what was happening and responded very quickly with a fire extinguisher, and the fire was put out quite quickly," Smith told Tbnewswatch in an interview Monday.

"There are several separate areas in the emergency department, so patients who were in two of the areas were moved into a third area or into the waiting area for a period of about one hour," Smith explained.

After an air quality test showed that no carbon monoxide was present, the patients were returned to their beds.

Smith said this is the first time the hospital has experienced this kind of incident, but protocols for handling an emergency situation were followed correctly.

"We had a really effective action taken, not only by internal staff, which was phenomenal, but also our external partners, in this case Thunder Bay Fire Rescue."

Despite the fact that proper procedures were adhered to, Smith said the incident will result in a review.

"Every time and any time an incident is experienced, it provides an opportunity to review, and see whether there are opportunities for learning in order to prevent a similar occurrence," she said.

Smith said such reviews always include the appropriateness of established security measures.

A spokesperson for the fire department said Thunder Bay Fire Rescue has not been made aware of how the fire was started.

TBRHSC's emergency department, already one of the busiest in Canada, has been even busier than usual lately.

On Monday, it remained in Surge Capacity status, meaning all patient beds were occupied, a situation which Smith said "does put pressure on our ED."