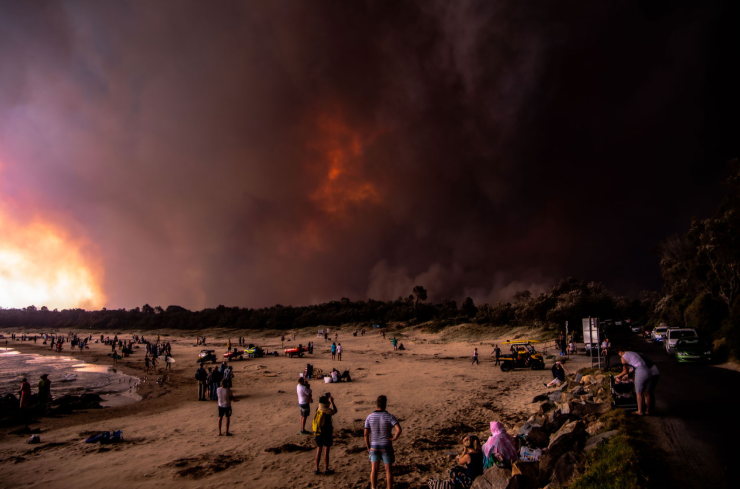 THUNDER BAY — Jim Gilbert decided "we need to do something" to help victims of Australia's disastrous bush fires, and wasted no time putting something together.

As a result, Thunder Bay became the third community in Canada to announce its participation in a virtual run organized as a fundraiser by the Australian Red Cross.

"I thought 'what a great opportunity for the running community to get together and help people that are in great need,' " Gilbert told Tbnewswatch.

He's the director of the annual Kakabeka Falls Legion half marathon and 8 K running event.

Late last week, Gilbert and his colleagues reached out to Lakehead University which immediately agreed to host the Aussie Relief Run at the LU Hangar this coming weekend.

Gilbert said runners, walkers, those who stroll, "and even shufflers" are invited to participate with a donation of $50.

Virtual runs allow anyone in the world to participate.

"If you wanted to take part, you could sign up, go outside your house, run the 5 K and report that you did it, and have the credit for it," Gilbert said.

This weekend's community event, however, will be indoors to keep participants protected from winter weather conditions.

Registration is a two-step process.

Interested local residents should first register and make their donations directly through the Australian website, then confirm their attendance at The Hangar–at no additional cost–through this portal.

Participants are asked to print their registration form, as well as a signed waiver which they will receive after registering, and bring them to The Hangar on Saturday no later than 3:00 PM.

The local part of the registration process also requires participants to indicate whether they plan to take part in person at The Hangar or whether they prefer to participate at home or a different location.

Gilbert stressed that "every dime" that's raised will go toward the Australian Red Cross's relief efforts for fire victims.

"We have been in touch with the race organizers in Australia and they have written us back welcoming us to this event," he said.

Gilbert said a number of local dignitaries including Mayor Bill Mauro have pledged their attendance.

He said he's grateful to Lakehead University for its enthusiastic support.