Thunder Bay, Kenora among most violent cities in Canada 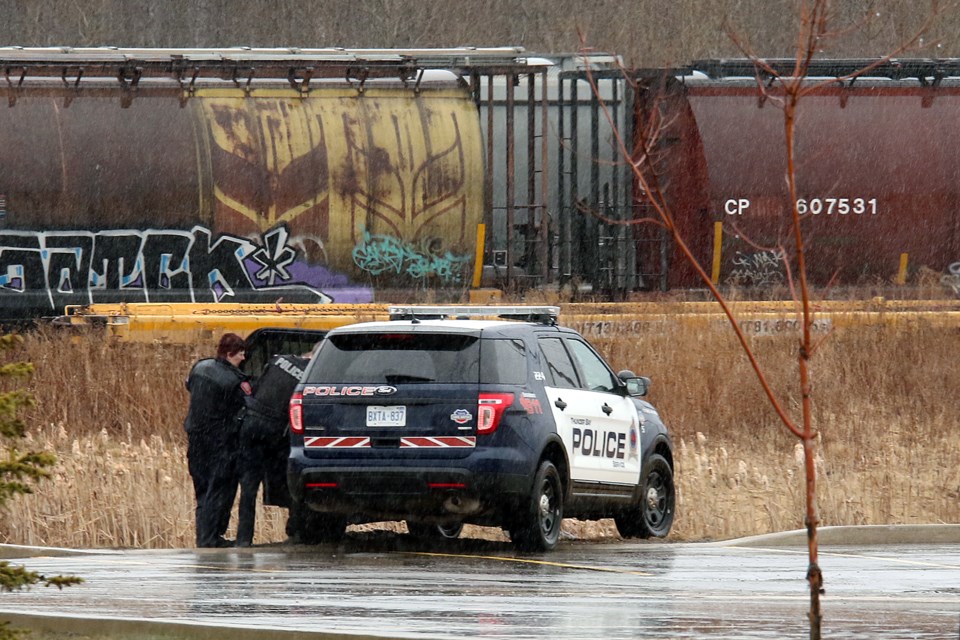 Thunder Bay Police appear to take a person into custody on Thursday, April 20, 2017 near the Thunder Centre (Leith Dunick, tbnewswatch.com).

THUNDER BAY -- Two Northwestern Ontario cities have among the highest rates of violent crime in the country.

Thunder Bay and Kenora both land in the top-20 of most violent Canadian cities, included in Maclean’s magazine’s annual rankings of the most dangerous cities in Canada released earlier this week that compiled Statistics Canada from 2017.

Thunder Bay, with a population of 115,000, had the 18th highest violent crime rate. The seven homicides in 2017 are one less than the previous year, resulting in Thunder Bay falling out of the top-10 in homicide rate to 12th.

"Violent crime is challenging from a prevention standpoint," police communications director Chris Adams said. "Those are the very difficult ones to prevent. What we try to do is work with our community partners going at the root causes of many of these crimes. We know in the city we're dealing with a lot of issues with addiction. That's fuelling a drug trade up here that obviously has had reach in Southern Ontario."

The city was also just outside of the top-10 for robbery rate, at 11th in Canada. The 153 robberies from 2017 are a slight increase from 2016 and represent a rate of twice the national average.

"Robberies in Thunder Bay for the most part are fuelled by the addictions. In many cases, we're not really talking about a lot of money that's up for grabs here," Adams said.

"These are very often people that are extremely desperate. They will take any small amount of cash and unfortunately we do see many of those in the city. It is a true reflection, really, of what the root causes of many of these crimes really are."

The Kenora area, with a population of just under 20,000, was four spots ahead with the 14th highest violent crime rate in the country, despite not having any homicides. Kenora had the second highest rate of sexual assault in Canada, with its 46 police reported cases more than four times the national average and trailing only Thompson, Man.

The Lake of the Woods city also found itself sixth in assaults per capita, with its 336 reported incidents translating into a rate that was nearly three times the national average.

For all crime, Kenora had the 41st highest rate while Thunder Bay was 68.

Adams stressed that it's important for people to see this information as more than just numbers.

"Statistics are actually people. They are crimes that have been committed," Adams said. "They involve family, they involve people that have been deeply affected. They also do reflect the work the members of this service, particularly, working very hard to to resolve these crimes to give people answers."