The report is based on at-fault collision and traffic ticket history.
Jul 25, 2019 2:25 PM By: TbNewsWatch.com Staff 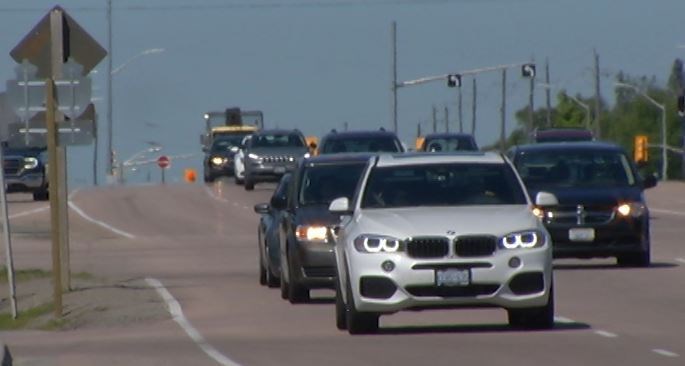 InsuranceHotline.com assigned the grades on the increased–or decreased–likelihood of drivers in each community being responsible for a collision or getting a traffic ticket.

Using information supplied by drivers seeking motor vehicle insurance quotes in 2018 and 2019, the company calculated the average for drivers' records in three categories: at-fault collisions, tickets, or both.

These are infractions and collisions that drivers admitted responsibility for, but which could have occurred in their home community or anywhere else they have driven.

Based on this data, InsuranceHotline.com listed the 10 worst cities in Ontario for driving, and assigned a letter grade as follows:

The 10 best cities for driving, which received an "A",  were Toronto and nine other communities in the Greater Toronto Area.

For a centre to be included in the study, insurance quotes had to be requested by at least 1,000 local drivers.

InsuranceHotline.com says that, on average, 3.5 per cent of Ontario drivers, and 6.3 per cent of Thunder Bay drivers, have both a collision and a ticket on their records.

According to InsuranceHotline.com, at-fault accidents stay on your record for insurance purposes for at least six years, and traffic ticket convictions affect insurance rates for at least three years.