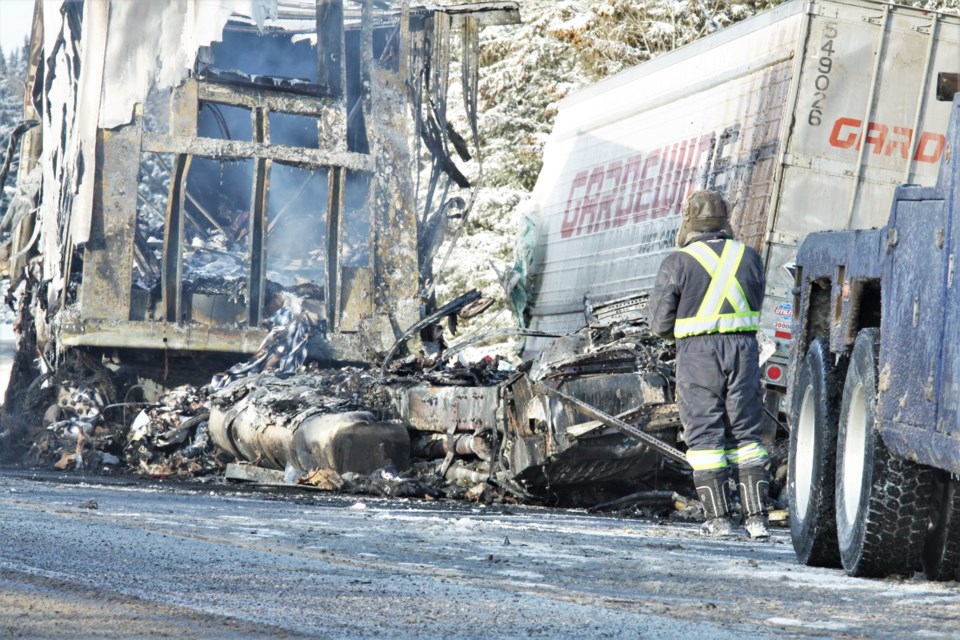 THUNDER BAY — Ontario Provincial Police have confirmed that a Thunder Bay resident was among the three individuals killed in a head-on collision between two transport trucks west of Sistonen's Corners last Thursday.

OPP on Monday identified him as 49-year-old Kenneth MacDonald.

The two were in an eastbound transport while MacDonald was driving a westbound tractor-trailer.

The accident forced the closure of the Trans-Canada Highway for 13 hours.

Police are still investigating the collision.