Stunt driving results in an impounded vehicle and a suspended driver's licence for a 24-year-old.
Jul 13, 2020 2:20 PM By: Thunder Bay Police 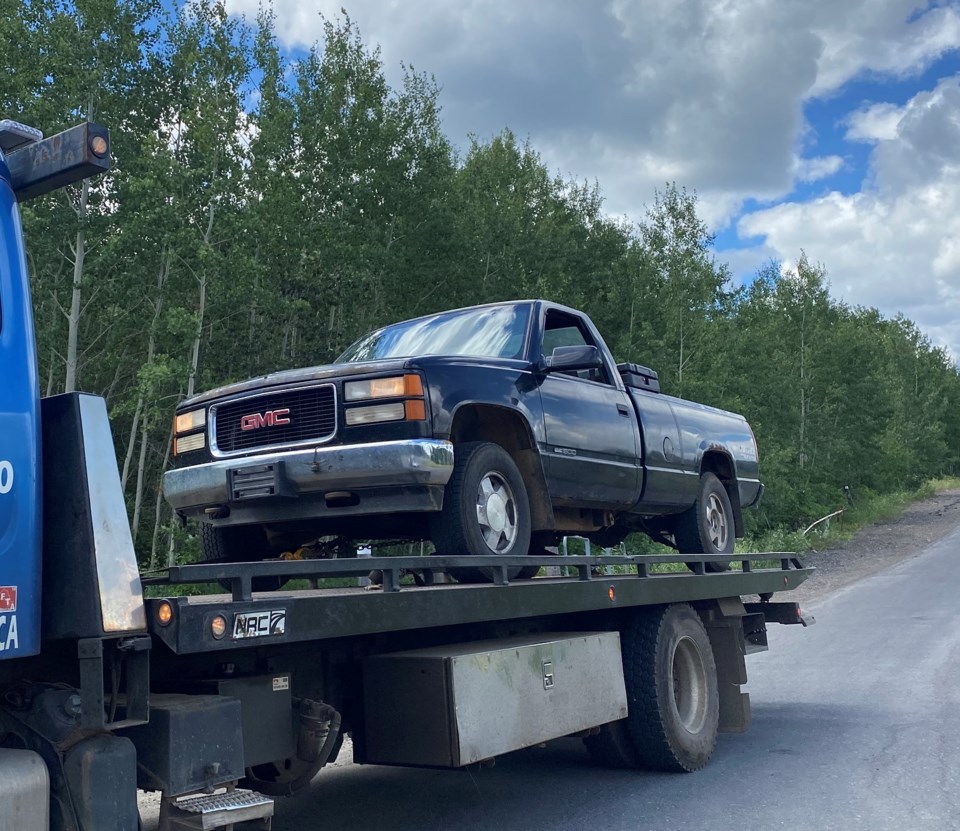 (Police handout_
NEWS RELEASE
THUNDER BAY POLICE SERVICE
***********************
A 24-year-old Thunder Bay man faces a charge of Stunt Driving after police observed him travelling 124 km/h in a posted 70 km/h zone.
Thunder Bay Police Service officers with the Traffic Unit were conducting targeted speed enforcement in and area in Kakabeka on Sunday, July 12 between 1 and 6 p.m.
Near the beginning of their targeted enforcement officers spotted a pickup truck travelling at 54 km/h above the posted speed limit on Highway 11/17 near Poleline Road. The vehicle was stopped and impounded, and the driver’s licence has been suspended.
Police also noted the vehicle was in a state of disrepair and unfit for travel.
During the targeted enforcement, officers laid 20 charges relating to speeding. Two charges were laid relating to having cannabis in a motor vehicle, and one three-day licence suspension relating to alcohol was handed out.
The Thunder Bay Police Service would like to remind the public to drive with caution and always be mindful of, and drive in accordance to, the posted speed limits.

Good Morning, Thunder Bay!
Oct 1, 2020 5:55 AM
Comments
We welcome your feedback and encourage you to share your thoughts. We ask that you be respectful of others and their points of view, refrain from personal attacks and stay on topic. To learn about our commenting policies and how we moderate, please read our Community Guidelines.
The latest on COVID-19 Local and global updates →