An EMS crew interrupted an assault by three youths on an older man.
Jun 9, 2021 4:10 PM By: TbNewsWatch.com Staff 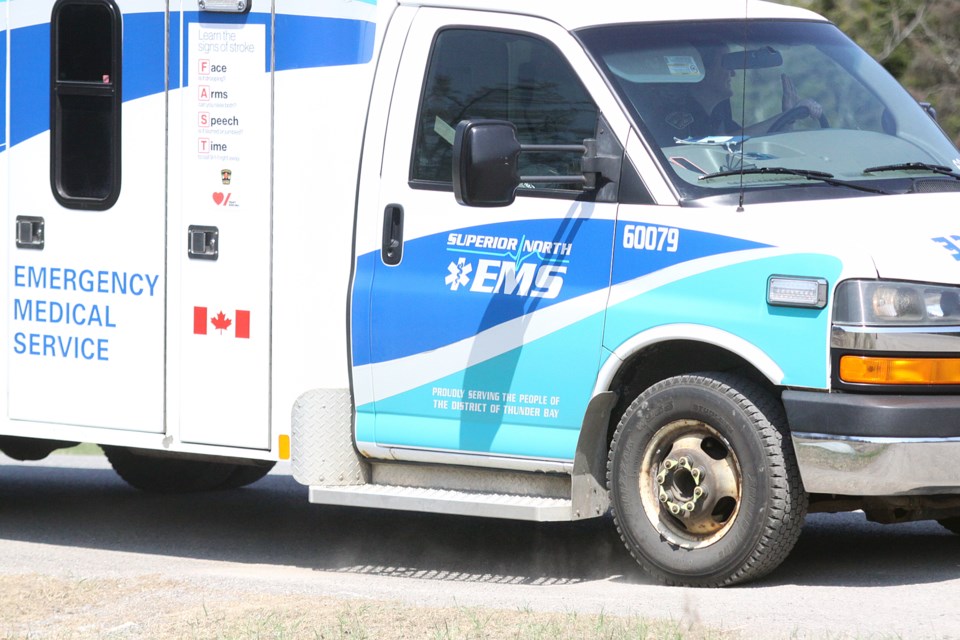 THUNDER BAY — Two paramedics are receiving credit for stopping an assault against an older man in the Westfort area.

The incident occurred late Tuesday afternoon as a Superior North EMS crew was pulling up to the EMS station on Brown Street.

According to EMS Chief Wayne Gates, the paramedics spotted the man being assaulted and possibly robbed by three younger males.

They immediately contacted police, then pulled their ambulance right up to the scene of the assault.

As the paramedics exited to help the victim, his assailants stopped the assault and fled.

The crew treated the man for minor injuries after he declined to go to the hospital.

"Thanks to the quick actions of these two paramedics, they were able to prevent the victim from becoming seriously injured," Gates said.