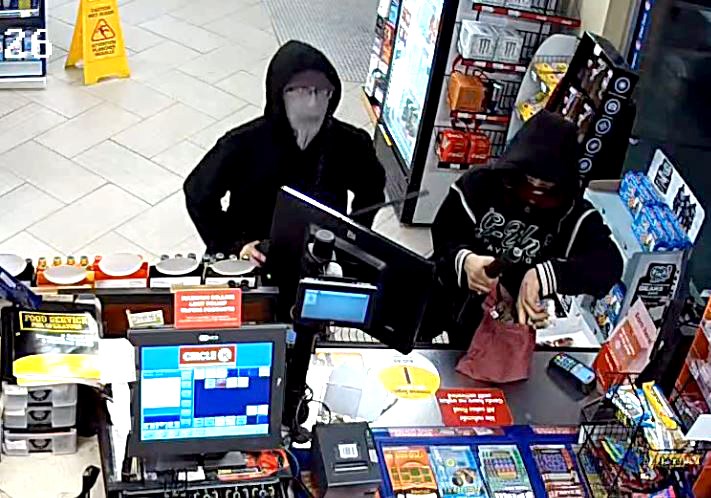 THUNDER BAY —Two firearms believed to be involved in robberies at south-side Thunder Bay convenience stories have been recovered by police.

At a media briefing on Monday, police said they believe both the weapons they recovered were used in the Saturday morning robbery.

They were apparently discarded by the robbers, and were located during searches of the neighbourhoods around the stores.

A police spokesperson was unable to confirm whether the guns were loaded.

Although the robbers had their faces covered, police released images from surveillance video from both locations, and are asking the public to come forward with information about potential suspects.

"We'll take all tips we can, and we'll investigate them," said Inspector Derek West of the Community Services Branch.

When asked how concerned the public should be about safety in the wake of two violent robberies in two days, West replied that Thunder Bay has a high Crime Severity Index, "and with that comes, along with the illicit drug market in Thunder Bay right now, these types of incidents."

He added that police are working diligently to minimize these types of crimes and to disrupt the activities of criminals.