Three of the motorists were believed to be impaired by drugs.
Dec 3, 2019 1:23 PM By: TbNewsWatch.com Staff 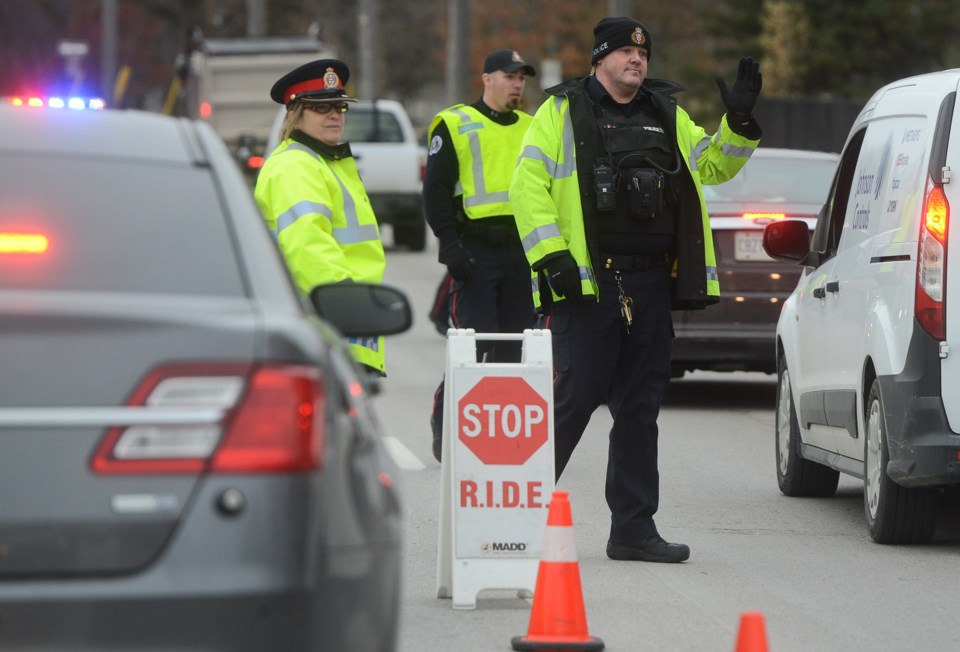 THUNDER BAY — Thunder Bay Police are finding no shortage of impaired drivers in the early stages of their annual Festive RIDE program.

Seven drivers were arrested in just a four-day period after the program's Nov. 26 launch.

In one incident, an officer observed a vehicle fish-tailing on Junot Avenue in a Community Safety Zone. A 29-year-old woman was taken to police headquarters where she was evaluated by a drug recognition expert.  She was then charged with impaired driving and failing to comply with a recognizance.

Two other motorists were also charged after they were deemed to be impaired by drugs.

On Saturday night into Sunday morning, a RIDE checkpoint in the north core turned up three drivers impaired by alcohol.

A short time later, another motorist was found passed out in a vehicle in a north core supermarket parking lot. Police said his breathalyzer test showed an alcohol reading three times the legal limit.

All seven drivers charged over the four days had their licences suspended for 90 days immediately, and their vehicles impounded for seven days.