Election hopefuls say the time for talk is done, it's time for action on an issue that's plagued some First Nations communities for decades.
Oct 9, 2019 11:30 PM By: Leith Dunick 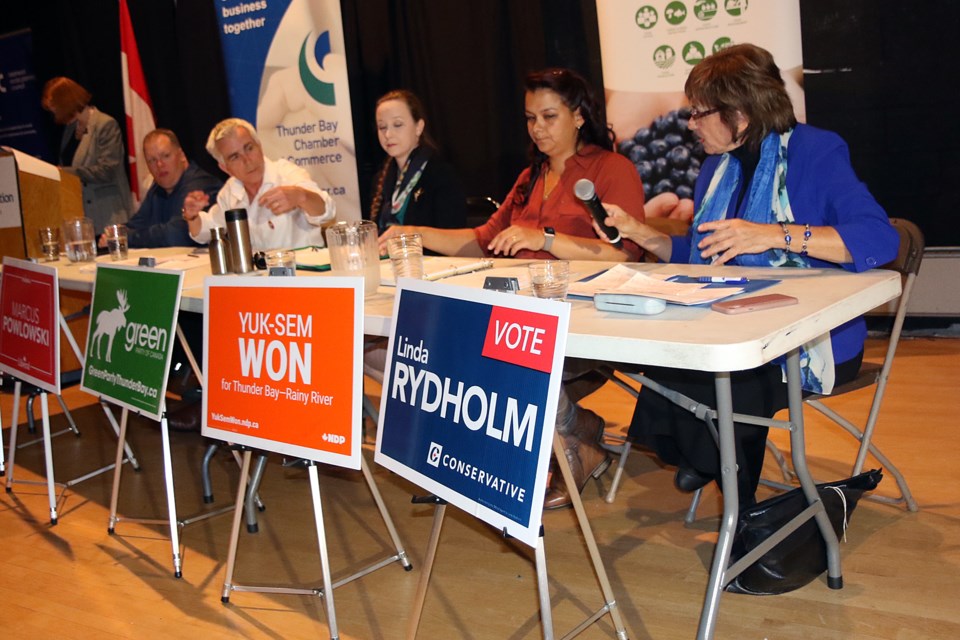 But each had a different idea of the best way to go about making it happen.

Liberal Marcus Powlowski said the best course is the current course, with a promise from party leader Justin Trudeau to put an end to all boil-water advisories in First Nations communities by 2021.

“The Liberals have really addressed this problem,” said Powlowski, looking to retain the seat for his party, won by one-term MP Don Rusnak four years ago.

“They put $6 billion into treatment of wastewater and providing adequate drinking water for First Nation communities. When they first came into power there were 105 long-term water advisories in effect. They’ve eliminated 87 of those as of now. There are still some, but they’ve committed to themselves to eliminate the remaining ones by 2020 or 2022.”

NDP hopeful Yuk-Sem Won said the problem should never have gotten to this point, with some communities under boil-water advisories for more than a quarter of a century.

“It has been going on for too long and even over the four years that we’ve seen them in the Liberal government there are still too many that are not being addressed. They are on a wait list, they are being told it’s coming. And that’s not good enough,” Won said.

“The NDP has committed to spending and investing the amount of money that is needed to address that issue immediately, because 2022 is too long to wait.”

Amanda Moddejonge, a first-time federal candidate for the Green Party, said the first thing the federal government needs to do is live up to its treaty responsibilities and respect all rights of Indigenous people, including an inherent right to self-governance.

“We’re going to (invite) representatives from First Nations, Metis and Inuit governments on a council of Canadian governments to improve policy, coherence and authorize public spending with respect to other orders of policy,” Moddejonge said.

Conservative Linda Rydholm said like the other parties, her party is fully on board to end the boil-water advisories under party leader Andrew Scheer.

“Clean water is an essential element of life and it’s good that a start has been made for these First Nations communities,” Rydholm said. “The Conservative Party of Canada has committed to continuing with that process, a collaborative process, for each individual community, whatever is the best way for them.

Andrew Hartnell, a Rainy River, Ont. town councillor seeking the seat under the People’s Party of Canada, said the best way to pay for the cost to end boil-water advisories is to end corporate welfare across the country.

“We can take that money, that’s given to big, rich corporations that they hand out all the time … and work on our people first. It’s a crime that in this day and age that we even have boil-water advisories in this country. I understand it takes time, it takes money, it takes a lot of stuff, but it can eventually get done and that’s part of our platform,” Hartnell said.

Clean drinking water in Indigenous communities was one of several topics discussed at Wednesday’s debate, held at Confederation College. TBNewswatch will bring you answers from several other questions in the coming days.