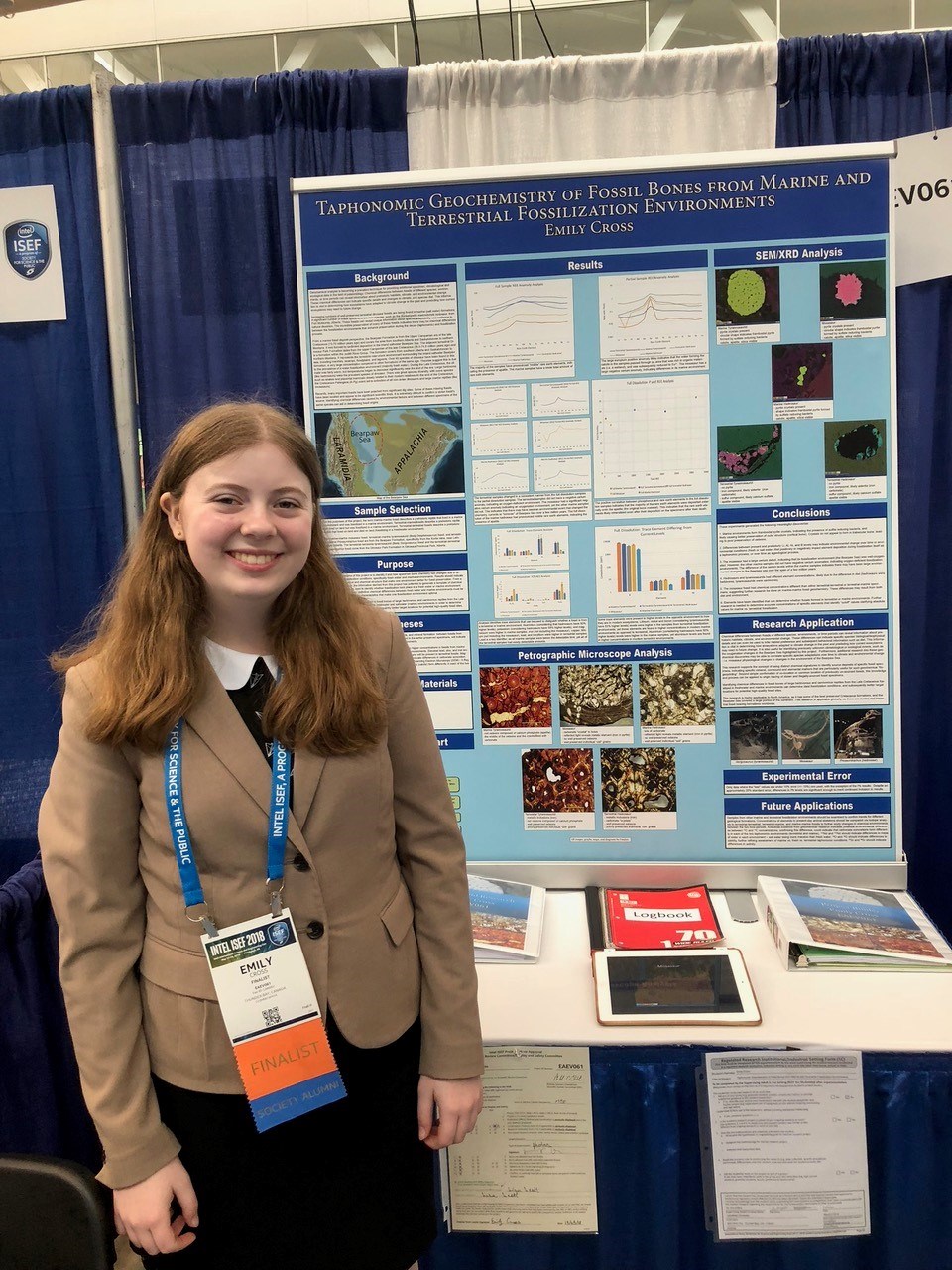 Emily Cross—graduating this year from Grade 12 at Hammarskjold High School—is one of 25 students across Canada entering a science, technology or mathematics program who will each receive an $80,000 scholarship.

Cross will enroll at the University of British Columbia to study geology.

Businessman and philanthropist Seymour Schulich established a scholarship fund in 2012 to encourage students to become the next pioneers in global scientific research and engineering.

"This is a true testament to Emily's hard work and constant pursuit of excellence," said Derek DiBlasio, the principal at Hammarskjold. "In addition to the scholarship, Emily becomes a member of a very elite group of 270 technology innovators as a Schulich leader."

Earlier this month, at the Intel International Science and Engineering Fair in Pittsburgh, Cross received the American Geoscience Institute's first place Special Award as the top high school geoscientist for 2018. It was in recognition of her geochemistry and paleontology research project titled Taphonomic Geochemistry of Fossil Bones from Marine and Terrestrial Fossilization Environments.

The project was undertaken with the support of Lakehead University, the Royal Tyrell Museum and the Canadian Museum of Nature.