Two directors on the Thunder Pride Board have also been suspended after an individual spoke out about alleged racist behavior involving Fantasy Haus and the failure of others to speak out against it.
Jul 9, 2020 4:21 PM By: Doug Diaczuk 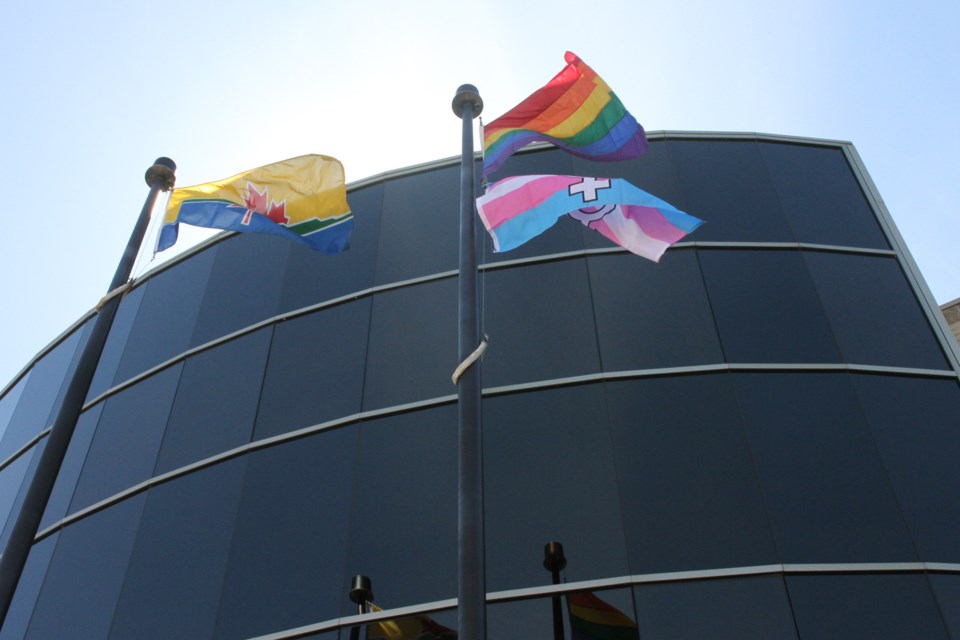 THUNDER BAY - A member of Thunder Pride has been suspended indefinitely from the organization following allegations of racist behaviour. As a result, two board members have also been suspended.

A statement on the Thunder Pride Association’s Facebook page said the organization strongly condemns “racism and inappropriate sexual language by a member of Thunder Pride.”

“Our immediate steps include suspending the membership of this Thunder Pride member indefinitely or until the board sees fit,” the statement continues. “In addition, we have suspended two directors until we find resolution to this issue.”

The alleged incident is said to have taken place over the past several months involving the local drag house, Fantasy Haus. A drag performer is said to have referred to another individual with racial slurs, including the N-word at a gathering with other members of Fantasy Haus present.

“No one did anything to stop and address this or even educate him on the matter, not only that but this went unaddressed for weeks and not a single person there bothered to tell me I was called those things,” the individual, who tbnewswatch.com is not identifying, said on a social media post on June 29.

“Some of the members who were present at that night and some of the members who are defending him are the same ones you see at BLM protest ‘proclaiming equal rights’ or sharing the posts and stories condemning racist actions. They bash and publicly call out racists and yet when it came down to blatant racism right in their face, in their ranks, and in their supposedly safe place - they stayed silent and looked the other way because it was their friend.”

The post goes on to say that not all members of Fantasy Haus were aware of the situation and only learned about it recently, but “it was something that some of the leaders within the house and prominent figures knew.”

“Now as hurt as I am by this I want to use this experience as an opportunity for other young black individuals as well as other people of colour to know that complacency and racism is not okay and you have every right to call it out.”

Jimmy Wiggins, who is listed as a board member with Thunder Pride on their website and built the Fantasy Haus group, issued a statement on Facebook on July 1 where he says he failed to make Fantasy Haus a safe space, brushing off accusations of inappropriate behaviour and sexual behaviour.

“Part of my job was to keep my crew safe and to give them an environment where they could express themselves through their art,” Wiggins wrote. “By not taking their accusations and concerns much more seriously I helped foster a toxic environment of gossip, intimidation, fear and even abuse that no one should ever have to be apart of.”

Wiggins apologized for “condemning the messenger instead of reflecting on the message,” adding he has failed fans of Fantasy Haus and the Black community.

“I failed the black community when I heard racist remarks said in my presence and did nothing,” Wiggins writes. “That’s not an ally, that’s being complicit. What’s worse is that I failed the performer who those remarks were directed at by not telling them right away.”

“To the victims and anyone who’s been directly affected by my actions/inactions – I’m sorry. I should have taken things much more seriously when you told me your stories, but didn’t.”

The statement from Thunder Pride also referred to protecting youth from any kind of abuse or mistreatment.

“We stand for our youth and state vehemently that we will not tolerate any lapses in conduct when it comes to protecting and upholding the dignity of our youth.”

According to the Thunder Pride statement, it stands in solidarity to “express zero tolerance for systematic racism, complacency, and silence.”

“Systemic racism is a dehumanizing act that violates basic human rights and perpetuates violence. Thunder Pride has always advocated for the rights of the 2SLGBTQIA+ community and stands for equality and empowerment of every individual of this community.”

The statement also reads that the organization will take this incident as a call to action and will look for traces of silent and invisible racism and lapses in conduct.

“Going forward, the board will begin conversations with the community on how we could set up leadership councils, develop concrete measures to provide safer spaces, encourage honest conversations in the community to ensure a strong code of conduct is upheld throughout our advocacy,” the statement reads.

“Our board and volunteers will continually learn along with our communities to better ourselves and ensure we create meaningful and respectful communities we all deserve to live in.”

Thunder Pride was contacted for comment and a spokesperson said the board has decided it will not be saying anything further than what was posted to Facebook.

COVID-19 Situation Report for August 10th, 2020
Aug 11, 2020 5:55 AM
Comments
We welcome your feedback and encourage you to share your thoughts. We ask that you be respectful of others and their points of view, refrain from personal attacks and stay on topic. To learn about our commenting policies and how we moderate, please read our Community Guidelines.
The latest on COVID-19 Local and global updates →
IT'S PATIO SEASON!
Patios That Are Now Open