Toby Keith to headline Country on the Bay festival 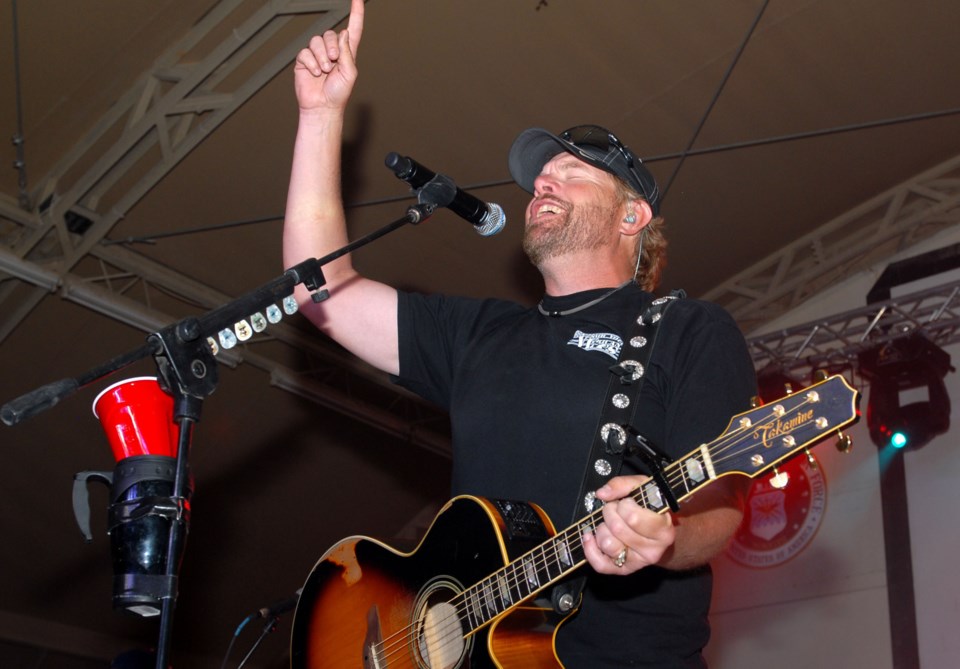 THUNDER BAY – Organizers of this summer’s inaugural Country on the Bay festival have landed one of the biggest names in music to headline the three-day event.

Country star Toby Keith, who has 20 No. 1 songs to his credit, will top the festival bill, which is slated for July 24 to July 26 at Marina Park.

Keith’s hits include Should’ve Been a Cowboy, Who’s Your Daddy, Whiskey Girl, American Ride and Made in America.

Keith, who performed at U.S. President Donald Trump’s inauguration, was named male vocalist of the year in 2001 at the Country Music Association Awards, and was twice named favourite male country artist at the American Music Awards.

The 58-year-old will be joined by the likes of Terri Clark, High Valley, Gord Bamford, The Reklaws, The Washboard Union and the Roadhammers at the first-year festival, put on by the promoters of the Dauphin Music Festival.

Tickets are on sale through the Thunder Bay Community Auditorium, with early bird prices in effect until Jan. 20.