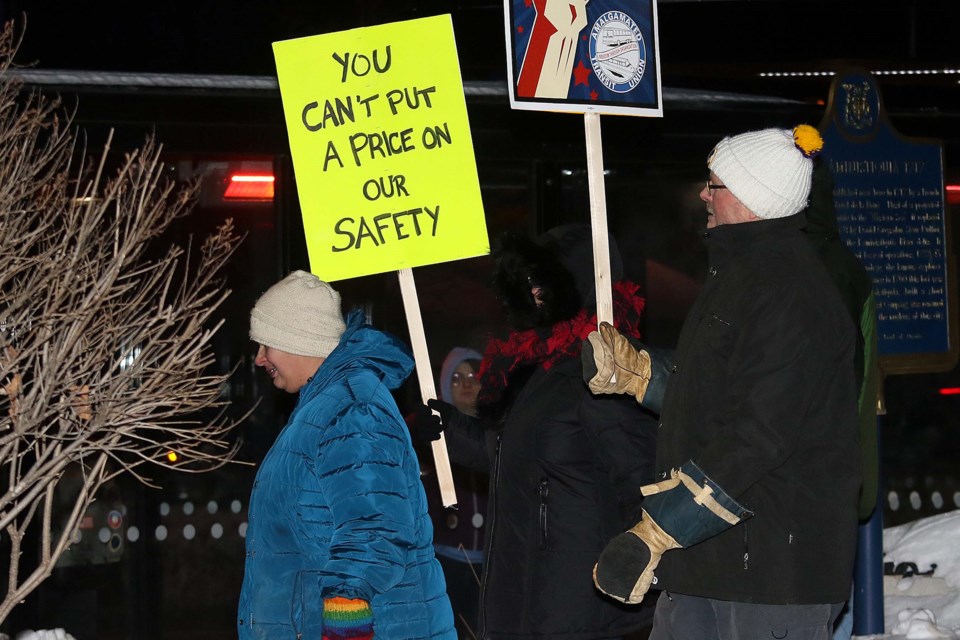 Ken Koza, president of the Amalgamated Transit Union Local 966, said the goal is to put pressure on Thunder Bay's elected officials to do something, adding his membership needs better protection from an increasingly unpredictable ridership.

In addition to a partition separating drivers from passengers, transit workers would also like a direct line to police when things do go wrong.

“The panic button is a direct link for getting help for operators should something happen,” Koza said.

The situation is getting worse, he added.

“We're at a point right now where we hope city council is going to do the right thing, that they're going to table a resolution to get these shields on our buses and make sure it happens,” Koza said.

“I'm optimistic they're going to listen. I've had some positive feedback from some councillors already. Mayor (Bill) Mauro and I went on a ridealong yesterday, so he saw first hand how busy it is and what's happening with all the operators.”

Time is of the essence.

“We need something now. Sometimes processes can take a long time, and I think we've talked about this enough that we need it to move forward.”

The latest assault happened on Boxing Day, when a transit operator was injured over a fare dispute.

“I think every day they're worried about the unpredictability of the public. If we look at 2019, the last two months we had three assaults. There's the violent one we had on Boxing Day. We had one where an operator's hat was knocked off his head and another where an operator was spit on,” Koza said.

“These instances are increasing and we just feel this is an answer to help protect our operators.”