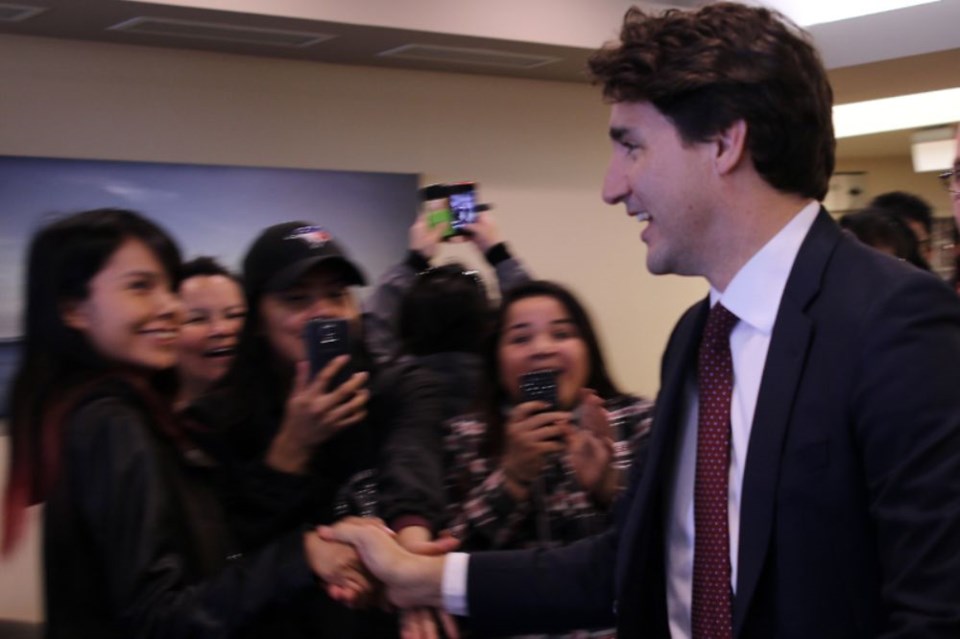 Their meeting Friday was the first opportunity to exchange ideas regarding Trudeau’s commitment to Canadian reconciliation with Indigenous peoples and to discuss practical solutions that will address the infrastructure disparity between municipalities and First Nations.

“Nobody was anticipating the prime minister would come up and respond to the issues that are happening in the north right now, in Pikangikum and in other areas. Clearly the prime minister has followed through with action,” said Ontario Regional Chief Isadore Day after the meeting.

“Boots are on the ground and they’re not boots of junior people. These are ministers and senior officials saying, ‘let’s go. Let’s get to work.’”

Beyond Trudeau’s commitment to continue dialogue, Minister of Health Jane Philpott as well as Minister of Indigenous and Northern Affairs Carolyn Bennett are both expected to tour the region over the coming weeks to see health and water concerns firsthand. Day called for the budget’s $2.24-billion committed to end boil-water advisories in First Nations within five years to begin flowing as soon as possible.

Preparing for that infrastructure is top-of-mind for Nishnawbe-Aski Nation Grand Chief Alvin Fiddler. Fiddler said cuts to treaty organizations and tribal council funding made under the Conservatives must be reversed to ensure infrastructure funding will benefit First Nations.

“Over the last 10 years, the previous regime gutted that capacity in our communities and our tribal councils,” Fiddler said.

“The fear is that if our communities aren’t able to develop their planning, to do that preparatory work, if they’re not prepared to that, they will lose out. That’s our concern.”

Don Rusnak knows those capacity issues intimately. The Thunder Bay-Rainy River MP has experience working inside of a treaty organization and he believes fostering the long-term relationship is as important as addressing infrastructure needs.

The nation-to-nation relationship was the centerpiece of Treaty 3 Grand Chief Warren White’s discussion with Trudeau. While White believes quality of life in Treaty 3 will improve with infrastructure investments, he said the communities are united in seeking long-term changes to the Treaty 3 nation’s relationship with the federal government.

“We’re certainly ready and prepared. We’ve been ready for 144 years. Our elders and our young people are looking for a new relationship to better the lives of our people,” White said.