Half-hectare blazes break out near Mishkeegogamang First Nation and northeast of Atikokan
May 20, 2019 2:20 PM By: Leith Dunick 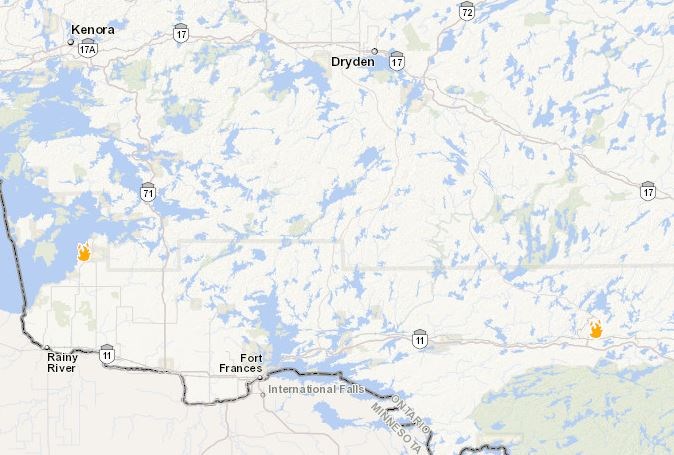 The half-hectare Sioux Lookout No. 5 is listed as not under control near Doghole Lake in Mishkeegogamang First Nation. For Frances No. 3 is also not under control and about half a hectare, located near Rawn Reservoir, about six kilometres northeast of Atikokan.

A third forest fire, a 0.1-hectar blaze known as Kenora Fire No. 21, has been declared out at Gun Club Island on Lake of the Woods.