OPSEU says it's losing confidence in the system that provides background checks on drivers.
Jan 30, 2020 8:11 AM By: TbNewsWatch.com Staff 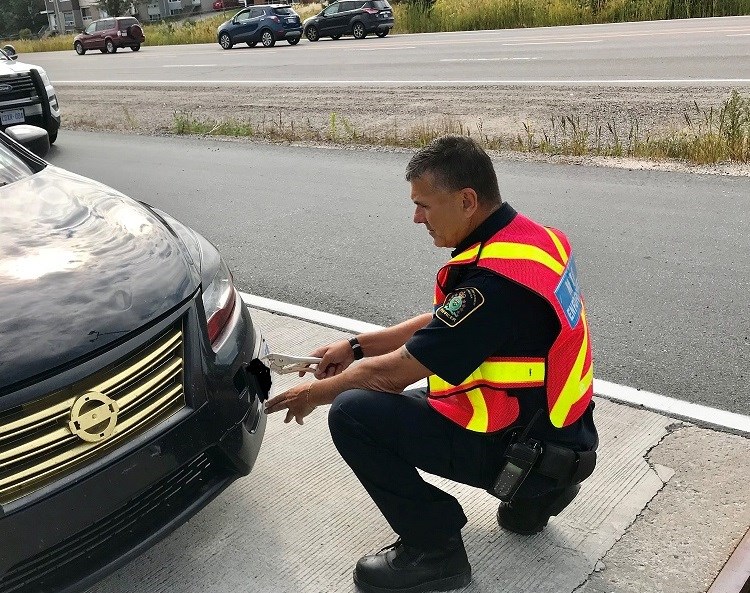 TORONTO — The Ontario Public Service Employees Union is demanding more be done to protect Ministry of Transportation enforcement officers who pull drivers over for vehicle inspections.

The call comes in the wake of a recent incident in which an officer approached a driver after being told it was safe to do so.

It turned out later that there were concerns about the driver.

In a statement, OPSEU said a subsequent investigation determined that the inspector received a green light, through human error, even though a background check hadn't been conducted on the driver.

The checks are supposed to be conducted through the Canadian Police Information Centre.

OPSEU said MTO officers are losing confidence in the third-party information they get from CPIC.

"Unacceptable," said union president Warren (Smokey) Thomas. "The people these officers are pulling over could have a documented violent history, or criminal warrants, or who knows what else? This situation is potentially dangerous and it has to stop immediately,"

OPSEU said the refusals are in keeping with the Occupational Health and Safety Act, which allows employees to refuse unsafe work.

According to the union, Ministry of Labour officials later visited the workplace and suspended truck inspections province-wide for a short period.