Dr. Stewart Kennedy says a patient who was admitted with atypical symptoms was later diagnosed with COVID-19, leading them to test any staff or other patients who might have come in contact. About 30 staff members have been sent home to self-isolate. A lack of quick turnaround swabs has also increased the number of presumptive cases.
0
May 22, 2020 2:55 PM By: Leith Dunick 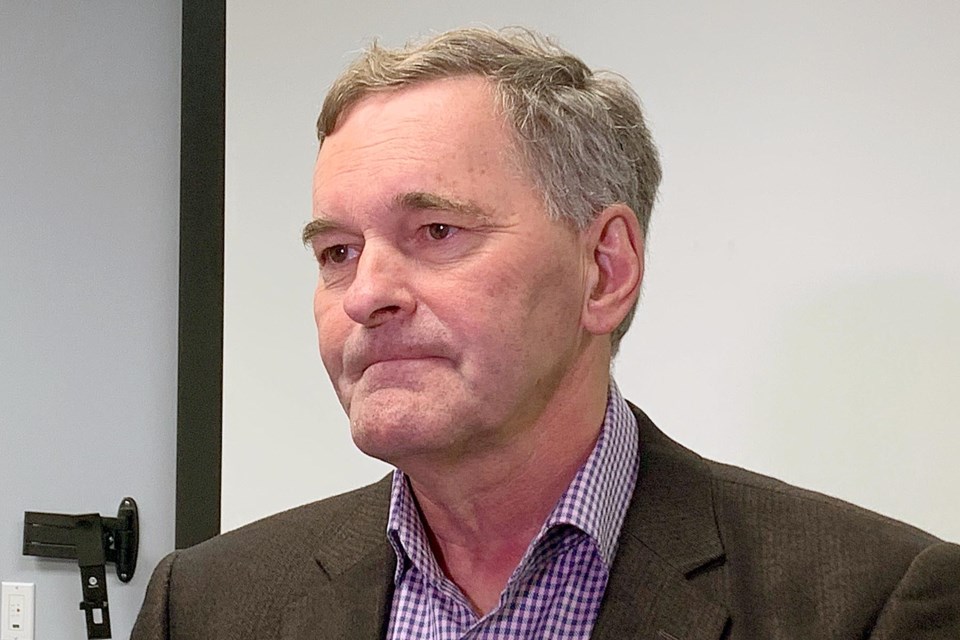 THUNDER BAY –Thunder Bay Regional Health Sciences Centre is dealing with 40 presumptive cases of COVID-19, some related to a patient admitted to the hospital and later diagnosed with the virus.

A lack of quick swab tests has also boosted the numbers

Dr. Stewart Kennedy, who heads the hospital’s pandemic response team, on Friday said the number of presumptive cases had been as low as two or three earlier in the week.

“But certainly we have been unable to do the quick swabs regarding the quicker turnaround times, so they have to be sent to Toronto now because we have a bit of a shortage of our quick swabs,” Kennedy said.

A presumptive case does not mean it’s likely a patient has COVID-19, only that they’ve been tested.

The hospital has two COVID-19 patients being treated in its coronavirus isolation ward, one of whom had been admitted with atypical symptoms not identified as COVID-19 related. The close contact over nine days - the woman was sent home and then readmitted after showing signs of the virus - led to about 30 staff members being sent home to self-isolate, on top of the 40 presumptive cases in hospital. The patient also wandered in parts of the hospital before being diagnosed, exposing a number of patients

Kennedy said the hospital took aggressive measures right away, putting together a team to deal with the situation.

“So we had a large staff exposure to this one patient,” Kennedy said.“We decided to treat aggressively, as well as assess, so we had all patients as well as all on staff who had any type of potential contact with this patient during their nine days here for admission,” Kennedy said.

All have been tested and swabbed, he added.

“We’re still waiting for those results. Four had a quick turnaround time because they were deemed key to the operation of the hospital. They’ve come back negative, to allow them to come back to work,” Kennedy said.

Each of the four had less than 15 minutes of exposure time with the affected patient.

“The other 29 or so, including two physicians, were sent home. They have been assessed at the assessment centre and the appropriate swabs have been taken, but also they’re going to self-isolate for 14 days, just as an added precaution.”

Kennedy said the hospital is hoping to avoid having to declare an outbreak, which occurs when two or more patients are infected from an unknown origin from patient or staff contact.

“That has much more significant consequences for further staffing. We would deal with that when the time came, but at this point in time it’s not an outbreak, it’s just one confirmed case,” Kennedy said.