Thunder Bay’s Aboriginal population has grown by more than 20 per cent within the past five years and continues to grow, a recent survey of urban Aboriginal peoples concludes.
May 25, 2011 5:15 PM By: Jamie Smith 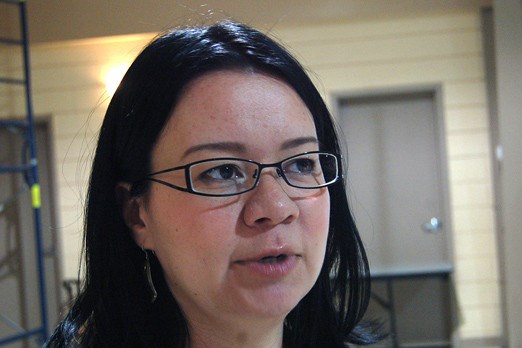 Environics Institute’s Ginger Gosnell-Myers, who’s spent the last four years on the 10 city 150-question survey, said the growth is happening across the country. Cities need to start looking at that growth to include Aboriginal peoples into the diversity of urban centres.

But the survey shows that most Aboriginal people in Thunder Bay do feel included in the community. Gosnell-Myers said the survey says while First Nations people are still connected to their remote communities when coming to the city, more than 70 per cent still say Thunder Bay is home.

"They’re doing a lot to foster their cultural identity in the city," she said.
While the perception of racism is high in the city, Gosnell-Myers said that perception is in every city surveyed.

Aboriginal peoples are more likely to be tolerant of other cultures, 75 per cent, compared to non-Aboriginal people, 60 per cent but that doesn’t mean Thunder Bay isn’t a tolerant place Gosnell-Myers said.

"We see more tolerance amongst Aboriginal peoples than the non-Aboriginal community here in Thunder Bay, but by far Thunder Bay is still quite tolerant," she said.

Gosnell-Myers said the study was meant to ask question that haven’t been asked about urban Aboriginal peoples. A lot of reports and studies tend to only focus on negative data she added.

"When we talk about Aboriginal people it’s not just about the things that hurt and are wrong but it’s about the successes and achievements that our communities are creating at the same time," said Gosnell-Myers.