Border Cats manager says Jake Engel will hit in the middle of the order, but after that he wants to see them at practice on Monday before making any final decisions ahead of Tuesday night's opener.
0
May 26, 2019 1:56 PM By: Leith Dunick 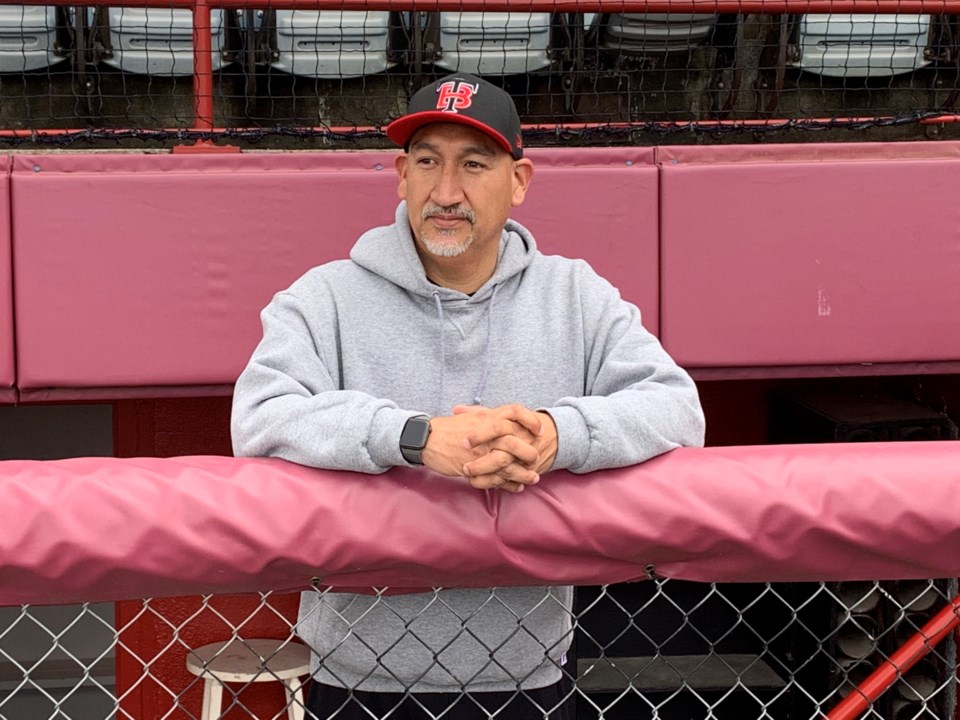 Eric Vasquez is the 13th manager to open a season with the Border Cats since 2003. (Leith Dunick, tbnewswatch.com)

There’s a new ownership group in place, busy this weekend putting last-minute touches on Port Arthur Stadium, where the Cats will open against their cross-border rival Duluth Huskies.

Unlike most of the rest, Eric Vasquez comes with Northwoods League experience, having led the Willmar Stingers to a 41-31 record two summers ago.

He’ll need every bit of the experience on Opening Day, with just a couple of days of practice to familiarize himself with the players he brought in during the off-season and put together a lineup to face a Huskies team that lost in last year’s championship final.

“It’s a challenge,” Vasquez said, meeting with local media on Saturday before hitting the road for league meetings in Rochester, Minn. on Sunday.

“It’s more of a guessing game. I know Jake Engel, a big guy out Dixie State, hits all these home runs, so he’s going to hit fourth or fifth in that lineup … We’re going to be able to practice on Monday. You’ll get a good feel of them then and the trick’s going to be as more players start rolling in, how do they fit that puzzle?”

Vasquez, a native of Alameda, Calif., said he’s happy with the rest of his recruiting season, familiar with a number of his troops from coaching stops at San Francisco State University, California State University-Northridge, Jacksonville University, Utah Valley University and the University of Arkansas-Pine Bluff.

“I think I have all the right players, now it’s just putting them in the right seats on the bus.”

The 45-year-old skipper said he wasn’t looking to build a team that fit a specific category, say one that relied on the Earl Weaver special, speed or pitching to win games.

He had a different idea in mind.

“It was more of an athleticism look to it,” he said. “High character kids, obviously, with a winning mentality. We do have a couple of bangers in there who will put the ball out of the park, with Jake and Jordan Larson from Northern Illinois.

“But for the most part you’re going to see a lot of moving parts of the game.”

Versatility on the pitching staff was key when convincing guys to come. As always, it’s a bit of a wait-and-see approach, to see how the staff adjusts to the Northwoods League.

“We’re going to run some guys out there that have minimal innings throughout the year and hopefully they’re going to show me something early. I also have a lot of guys who threw 70 or 80 innings who are going to say they’ve been tested and they can do it,” Vasquez said.

“You’re going to see a mix of both. We have some power arms and we have some crafty guys.”

Claw marks: Team officials have added a tiki bar above the concession stands in left-field. The plan is to bring back bouncy castles for the kids in the crowd and install a video board over the right-field fence, though it may not be ready for opening day … Game time on Tuesday night is 7:05 p.m. ... The Border Cats will hold open tryouts from noon to 2 p.m. on Monday to fill the final temporary roster spot. Players must meet league eligibility requirements and are asked to bring their own bat, preferably wooden. The Cats are carrying five temporary players to start the season, waiting for regulars to arrive from college.

Thunder Bay Fire Rescue adjusts its operations
Apr 9, 2020 10:42 AM
Comments
We welcome your feedback and encourage you to share your thoughts on this story. We ask that you be respectful of others and their points of view, refrain from personal attacks and stay on topic. To learn about our commenting policies and how we moderate, please read our Community Guidelines.
The latest on COVID-19 Local and global updates →
Support local: Delivery, takeout & more
View local businesses