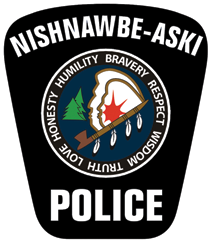 According to a release, Nishnawbe Aski Police conducted a vehicle stop on Friday for a male that was wanted by police.

During the vehicle stop, officers found a large amount of currency throughout the vehicle.

The total northern street value of the seizure is approximately $42,100.

As a result of the investigation, Chris Wesley, 35, Adam Wesley, 36, and Kenny Wynne, 37, of Kashechewan First Nation were arrested and charged with possession of a schedule 1 substance for the purpose of trafficking – methamphetamine and possession of property obtained by crime over $5,000.

Two of the individuals were released on conditions and will appear in court on Aug. 20.

The third individual was remanded into custody on previous charges.