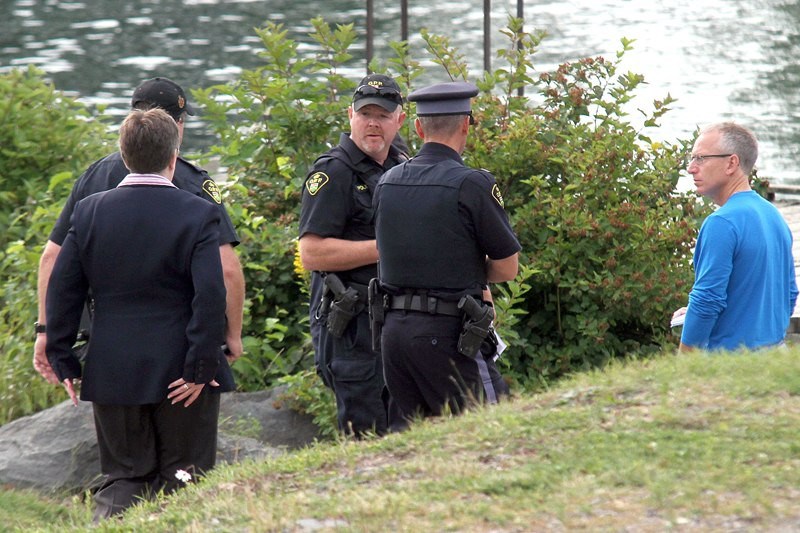 Weeping family members were on scene as the OPP dive team returned to shore, confirming their fears.

Earlier in the day police confirmed 26-year-old Marlene Fox of Big Trout Lake had succumbed to her injuries, sustained in the same incident.

Fox had been pulled unconscious from the water by two men on a jet ski and given CPR, but died in hospital.

Sgt. Dave Moscall of the OPP said the search began Saturday, after Fox and Spade leapt from a rocky cliff at the Silver Harbour Conservation Area, east of Thunder Bay.

“The OPP underwater search and recovery unit attended and did in fact find the gentleman. He’s been removed from the water and the investigation continues. At this point in time it’s in the hand of the coroner.”

Spade’s death was the latest tragedy on a weekend police and other emergency officials would rather forget.

Police on Monday also re-started a recovery search for the body of 31-year-old Jordan Desfosses of Peace River, Alta., who disappeared over the weekend after the canoe he was riding in with another adult and two children capsized on the Kaministiquia River.

Divers later recovered the body of a man believed to be Desfosses around 3:30 p.m.

Desfosses was not wearing a life jacket at the time the boat capsized.

Moscall said water conditions at the time of the Silver Harbour incident made swimming tough for anyone, regardless of ability.

“Lake Superior is very unpredictable. Today we’re looking at a metre swell. At the time of the incident we were looking at almost a two-metre swell, or approximately six feet. The water is very powerful. Even the most experienced, strongest swimmers would have had difficulty in the conditions that existed at the time of this incident,” Moscall said.

The deadly weekend has taken its toll on emergency crews, he added.

“In my experience, I haven’t encountered a weekend like this. We’ve had three incidents where people have lost their lives and it’s been a very hard weekend.”