Someone pushed a boulder into the gorge at the Top of the Giant Trail.
Jul 21, 2021 6:03 PM By: TbNewsWatch.com Staff 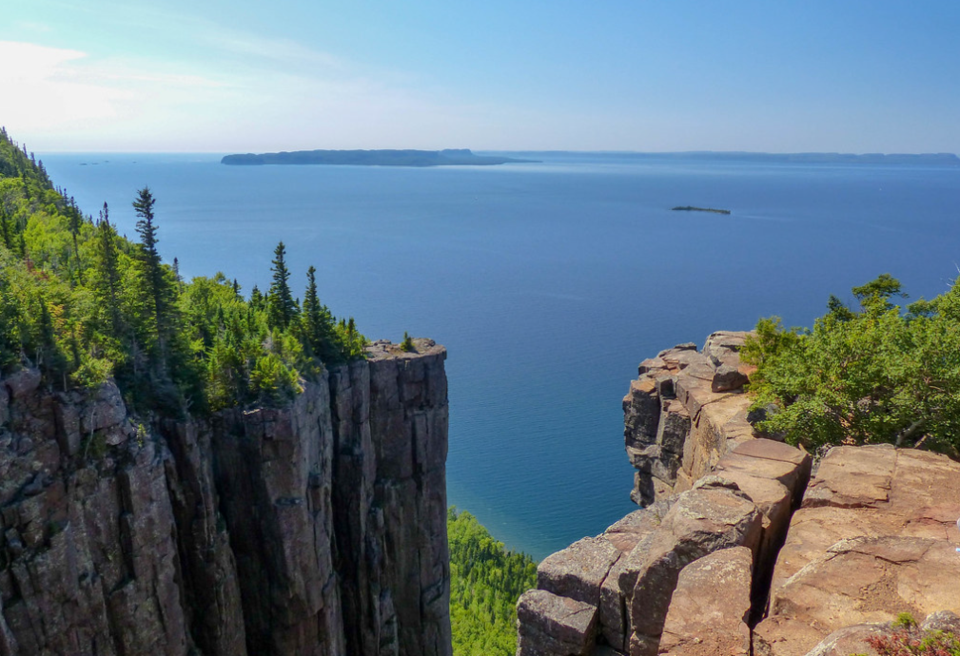 THUNDER BAY — Visitors to Sleeping Giant Provincial Park are being cautioned that they could be fined for disturbing natural objects in the park.

The advisory follows a recent incident in which someone rolled a boulder off the gorge at the end of the Top of the Giant Trail.

When video of the incident began circulating on social media, it drew the attention of park staff.

"This type of reckless behaviour poses safety risks to others, damages natural objects in a park, and blatantly disrespects a site that is sacred to many who visit our remarkable natural environment park," a message posted on the park's Facebook page stated.

The message noted that the Kabeyun hiking trail passes below the lookout where the boulder was tossed.

It said the Provincial Parks and Conservation Reserves Act provides for a fine for anyone caught disturbing or damaging natural objects in a park.