VIRAL VIDEO: A hula-hoop saved these parents' backs while teaching their kids to walk

Thunder Bay resident Gerry Bell's videos of his two sons have been shared around the world
Jul 28, 2020 5:19 PM By: Gary Rinne 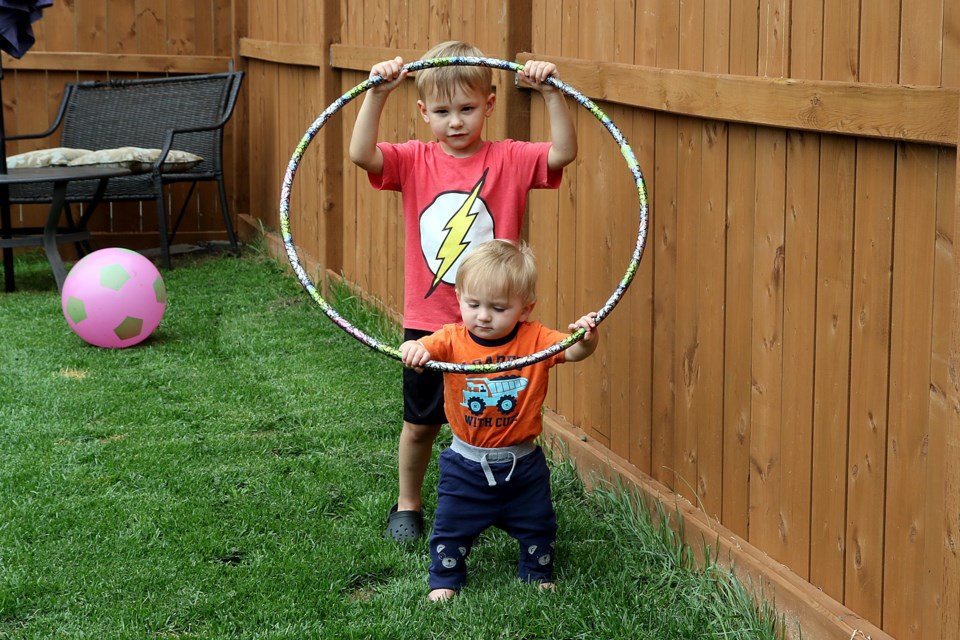 THUNDER BAY — A Thunder Bay man who recorded video of his toddlers learning to walk never imagined the momentous occasion would ultimately be seen by tens of thousands of people around the world.

Gerry Bell's two sons, Cayden and Kolton, both progressed from standing to walking with the help of a hula-hoop.

Bell said he and his wife, who are both over six feet tall, had to lean over a lot to hold Cayden's hands as he tried to take his first steps in 2017.

"I was in a lot of pain that summer," as a result, he said, until somebody advised that a hula-hoop dangled in front of a child gives him something to grip instead of a parent's hands.

When that proved successful, Bell posted a video to Facebook and Youtube, attracting the interest of an American company that distributes video to media outlets such as the Daily Mail in the U.K., the Huffington Post and the New York Post.

He sold the video, then went back to the same learn-to-walk technique this summer with his second son, Kolton.

This time, Bell said, it was Cayden serving as the instructor, holding the hula-hoop in the air for his brother.

"He likes to be helpful, and he decided to help Kolton walk around too."

Now, both boys are featured in a widely-distributed video sold to the same company.

Bell is a teacher in the public school system.

He's used Cayden's learn-to-walk experience as part of introductory activities in class, along with a couple of associated news articles that he gives his students to read.

For now, however, Cayden remains unaware of the global profile he has won over the last few years.