Volunteers build shelters to keep community cats out of cold

About 40 shelters constructed in a partnership between Caring Hearts Cat Rescue and Sanctuary and Superior Street Cats.
Nov 17, 2019 1:21 PM By: Leith Dunick 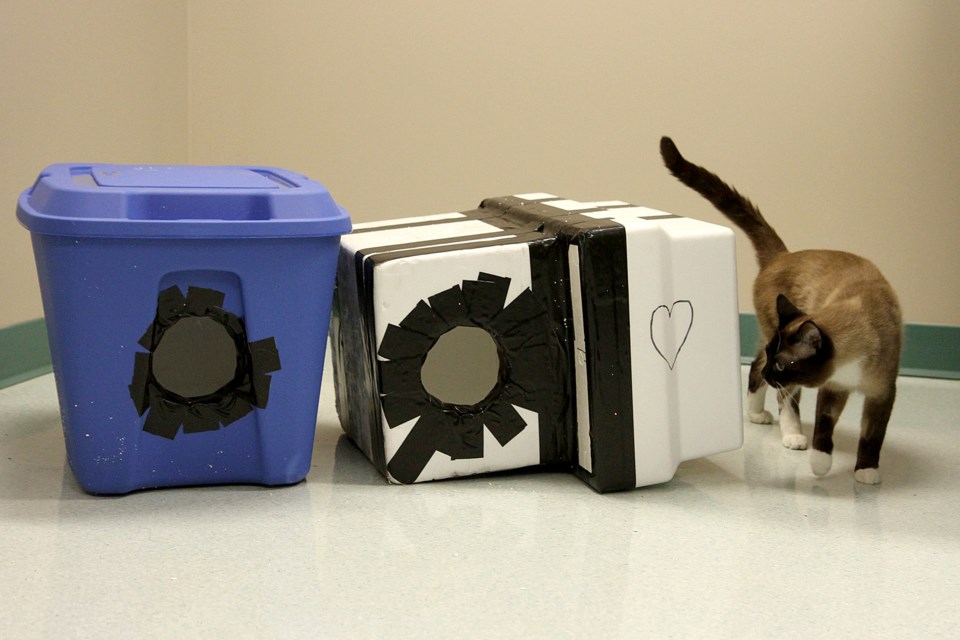 THUNDER BAY – An estimated 8,000 cats in Thunder Bay are without a home.

With winter coming, that’s got the folks at Caring Hearts Cat Rescue and Sanctuary and Superior Street Cats concerned.

On Sunday, the two organizations got together with more than 30 volunteers and built 40 makeshift shelters that will help dozens of stray cats get out of the cold as winter weather descends on Thunder Bay.

Michelle Gagnon, who founded Caring Hearts Cat Rescue and Sanctuary, said it’s a love of animals that encouraged everyone to step up and donate their time.

“If we can provide shelter and save a life, that’s our mission,” Gagnon said. “If they’re feral, non-feral, it doesn’t matter. We will do it.”

The shelters themselves are fairly simple structures, built out of large, lidded plastic bins, lined with Styrofoam and straw to help keep the elements out.

Gagnon said the city is overrun with cats needing a home and something has to be done to protect them.

“Winter is hard on them, because they starve. They freeze to death. These shelters will at least provide shelter and the people who do have colonies do provide food for them, so at least they’ll be safe,” Gagnon said.

Superior Street Cats’ Lori Krivoshein said the need is too great to ignore.

“They have nowhere to stay and our community, our area of the world, is very cold. We give these shelters to people who are caring for the cat, and we fill them with straw and they have a nice warm place to stay,” Krivoshein said.

Seeing dozens show up to donate their time was overwhelming, she added.

“People kept coming and coming ... It just makes your heart so glad that people are coming to help us. Some of them are people who already volunteer with us and others are people we’ve never seen before,” Krivoshein said.

Because of the communal nature of cats, each shelter is large enough to house several animals.

“Cats love to pile on top of each other. We have one where I work and there are about five cats in there,” Krivoshein said.

Curious cats will often go in on their own, though some people entice them by sprinkling or spraying the insides with a little catnip.

The shelters are available on a first-come, first-served basis by contacting either of the two organizations.