Teams will continue to recruit and there's a slim chance exhibition games could be played at some point in the new year, but they're not a priority at this point.
Oct 15, 2020 4:41 PM By: Leith Dunick 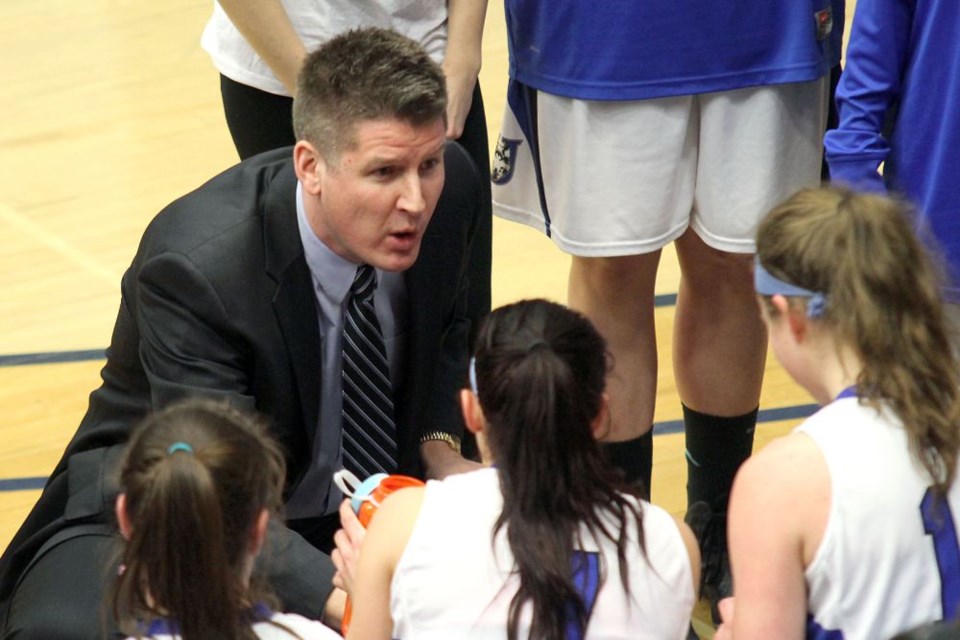 THUNDER BAY – Jon Kreiner says it wasn’t too shocking to learn Ontario University Athletics had decided to shut down all sanctioned sports until at least March 31, 2021.

Lakehead University’s women’s basketball coach said anyone who was paying attention to the COVID-19 situation in Ontario could see the writing on the wall.

It didn’t make the decision any easier to stomach.

“It is disappointing, even though we all kind of knew this was going to be the end result,” said Kreiner on Thursday, minutes after the news went public.

The OUA had already cancelled all sanctioned sporting activity until Jan. 1, while U Sports, the governing body for university sports in Canada, had cancelled all national championships for the first semester. U Sports on Thursday announced it was axing all second semester championships as well.

“It’s a sad, disappointing day, but the decision was made for the safety of everybody,” said LU athletic director Tom Warden.

For now, Kreiner and the rest of the school’s varsity coaches, which include men’s hockey, men’s and women’s basketball, cross-country, track-and-field, wrestling and Nordic skiing, and women’s volleyball, will turn to recruiting – under strict COVID-19 guidelines.

Kreiner already lost all-star guard Sofia Lluch for the season. The Spanish import decided to play professionally this season at home. Veterans Julia Dunbar and Tianna Warwick-Dawkins decided not to return after COVID-19 shut things down, while all-star guard Nikki Ylagan will spend her fifth and final year at Sheridan College.

Kreiner, who plans to have one-on-one discussions this week with his players, said he has every indication that English guard Rhianna-Mae Laing intends to honour her commitment to the Thunderwolves. American Meghan Looney plans to return too.

The men’s hockey team lost star forward Tomas Soustal to a professional contract in his native Czech Republic, citing the uncertainty of the 2020-21 campaign as one of his reasons for leaving school.

“I do know those two players are fully committed to our program, whenever that may be,” said Kreiner, whose athletes will be allowed to train, and may be permitted to play exhibition games in the new year, should both the school and public-health guidelines give the go-ahead.

Warden said he hasn’t ruled it out exhibition games at this point, but added they’re not a priority.

“I think that right now it’s out of the realm (of possibility), but it doesn’t mean that won’t change,” Warden said.

“We’re only going to do things that are safe. If there’s a competitive opportunity and it’s safe, we’ll look at it.”

Warden said the school will do its best to keep staff in the athletic department, including full-time coaches, employed.

“We will continue to work toward protecting our employees until it’s not possible,” he said. “Our main goal is to digest this news and make sure (we get through this).”

OUA president and CEO Gord Grace said rising COVID-19 numbers in Ontario and elsewhere in Canada made it clear it wasn’t safe to return to competition.

“While we would love nothing more than to see our student-athletes back on the field of play and participating in OUA-sanctioned competition during the second term, we are not yet at a place where that can occur safely,” Grace said in a release.

“As disappointing as that reality is, I am confident that our participants will continue to demonstrate their resolve and determination through these exceptional circumstances and as we work toward an eventual safe return to competition."