Matthew Grouchy spent parts of four seasons in the QMJHL, rounding out his junior career in Port Alberni, B.C.
Jun 27, 2020 11:23 AM By: Leith Dunick 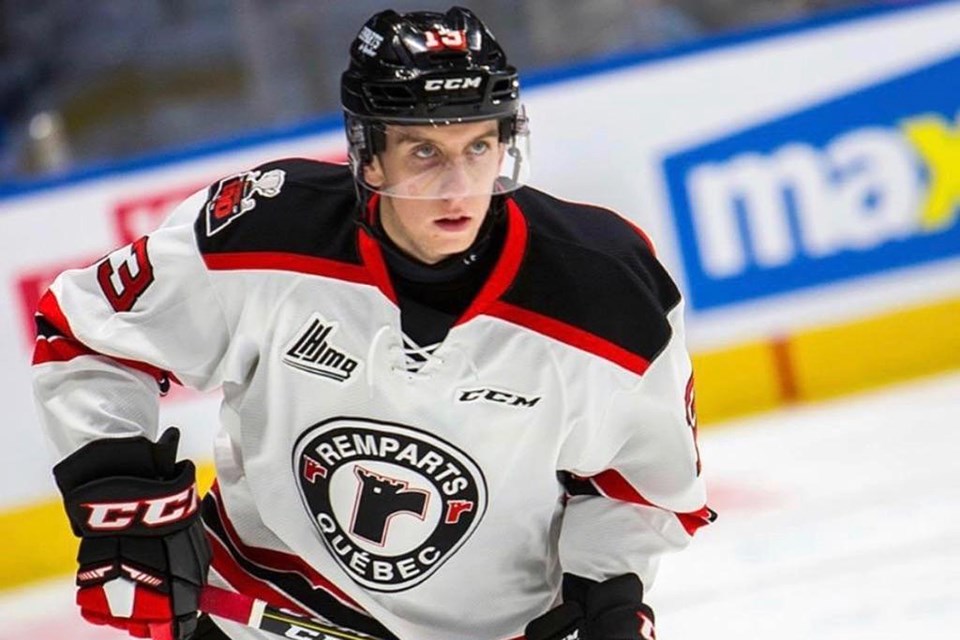 THUNDER BAY – If Lakehead’s latest recruit lives up to his name, the Thunderwolves' opponents may want to think twice before tangling with him in the corner.

The OUA team, whose 2020-21 season won’t start before January at the earliest because of COVID-19, on Friday announced the signing of former QMJHL left-winger Matthew Grouchy.

The Labrador City, N.L. native spent parts of four seasons in major junior, splitting time between Charlottetown, Quebec and Gatineau before finishing off the 2019-20 campaign with the Alberni Valley Bulldogs of the BCHL.

Grouchy, 20, hit double digits in goals in three of his four seasons, collecting a career high 47 points with Quebec in 2018-19.

"I am excited for the opportunity to attend Lakehead University and further my studies. It has always been a goal of mine to play hockey at the highest level possible and I believe Lakehead was the best option to help me achieve that goal,” the 6-foot-1 Grouchy said in a release issued by the team.

Grouchy is a huge addition to the team, said LU coach Andrew Wilkins.

"After watching Matthew over the past couple of seasons, we noticed his high hockey IQ with strong skating ability, a skill set of possessing pucks and making plays to create offence,” Wilkins said. “(He’s) an offensive element we have been looking for that will most definitely help our group.

"After a successful Junior Career, we feel Matthew's best hockey is in front of him and we look forward to his development with our program.”