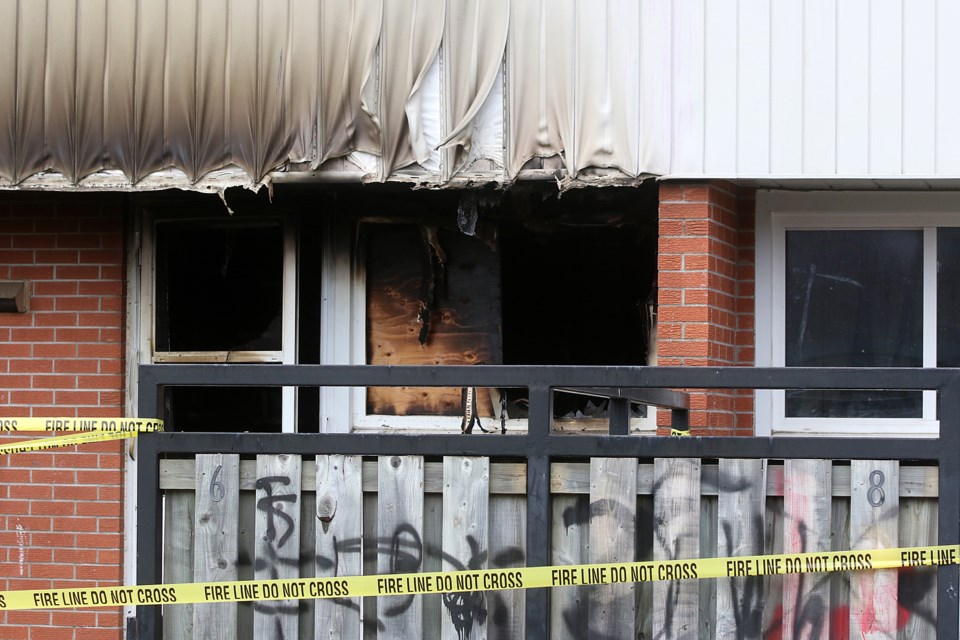 A fire at a Trillium Way residence on Monday, Oct. 15, 2018 left one person dead and another with serious injuriess. (Leith Dunick, tbnewswatch.com)

THUNDER BAY - A woman is in custody and facing several charges after a fire at a Trillium Way residence on Monday left one person dead.

The woman is expected to appear in court on Wednesday.

Thunder Bay Fire Rescue crews responded to a structural fire Monday at approximately 1 a.m. after receiving several reports from people the area of heavy smoking coming from the second floor of the Trillium Way residence.

Witnesses also reported a woman yelling for help from the second story and she jumped to the ground before fire crews arrived. She was transported to hospital with serious injuries.

Fire crews entered through the front door and extinguished a fire in the kitchen. Once the fire was contained, crews discovered the body of a man inside the unit.