Woman in wheelchair dies after collision on Memorial Avenue 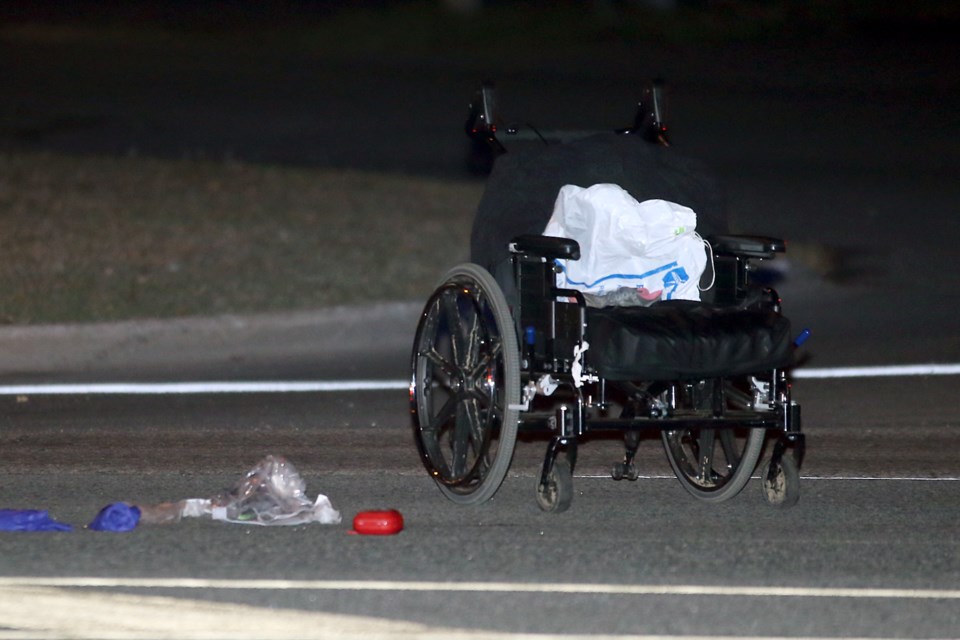 A wheelchair was left on the roadway after a 49-year old Thunder Bay woman was fatally injured on Thursday, Oct. 17, 2019. (Leith Dunick, tbnewswatch.com)

Thunder Bay Police say the victim was in a wheelchair in a southbound lane of Memorial near 10th Avenue when she was struck by a southbound vehicle at about 9:45 p.m.

A TBPS patrol supervisor and a Canadian Pacific Railway police officer both arrived on the scene and performed CPR on her until paramedics and firefighters arrived to continue emergency first aid.

The woman was taken to hospital where she was later pronounced dead.

Police say the driver of the vehicle remained on the scene after the accident, as did a number of witnesses.

Members of the victim's family are still being notified.

Her name has not been released as yet.