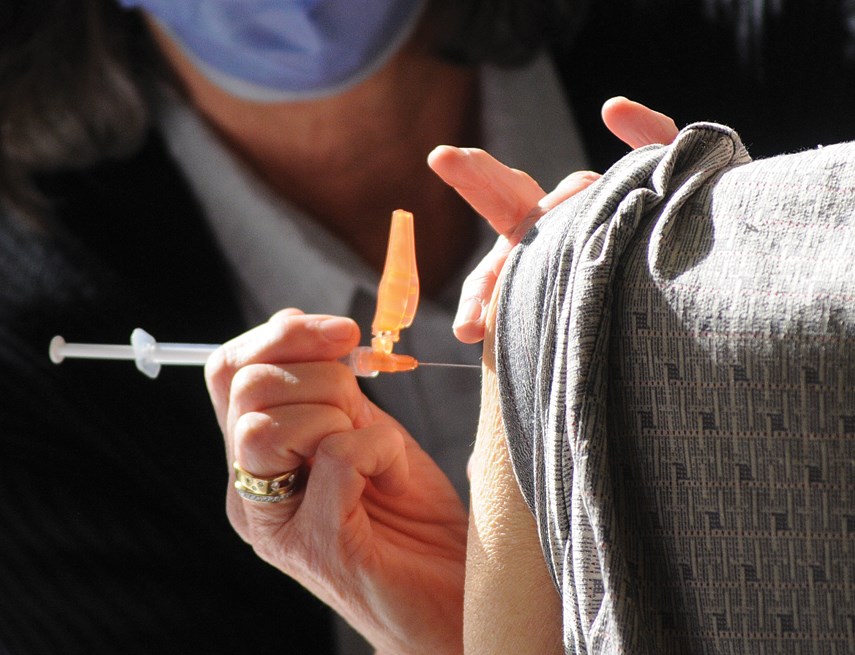 THUNDER BAY – The 18- to 29-year-old age group is doing its part to help Thunder Bay meet its vaccination targets.

That puts them well ahead of the 30 to 39 age category, which has seen 61 per cent of its population vaccinated once and 17.3 per cent with both doses.

It also puts them within a percentage point of the 40- to 49-year-old group, which climbed to 67.1 per cent in first doses in figures released by the Thunder Bay District Health Unit on Tuesday, taking into consideration all vaccinations administered as of last Saturday.

Dr. Janet DeMille, medical officer of health at the Thunder Bay District Health Unit, on Wednesday said the eagerness of the 18- to 29-year-olds to get vaccinated is encouraging.

“We do see it in all age groups, and youth in particular had a big jump and we expect to see that continue,” DeMille said. “But yeah, the young adults, people that sometimes you might think are a bit hesitant to getting vaccines, it’s really nice to see that increase in that group.”

The good news is that every age category continues to rise.

The 30 to 39 group, for example, jumped up 7.5 percentage points from a week earlier, the third highest boost of any age category in the Thunder Bay District.

“We’re going to continue broadly offering vaccines to people and as long as we’re seeing that increase, that’s good. I think at certain points we’ll look at what’s lagging behind and try to ask why it's lagging behind – whether it’s an age group or a location – and then how do we promote the vaccine into that age group,” DeMille said.

Vaccine hesitancy has been well documented across the country. A recent CBC News report shows in Alberta, it’s tied to education. The more post-secondary schooling one has, the more likely they are to seek out a vaccination. Nationally, about 14 per cent of Canadians are uninterested in getting a shot, according to a survey conducted by the Travel Health Insurance Association of Canada and reported by CTV.

Locally, DeMille said she’s not too concerned yet about vaccine hesitancy – and the numbers corroborate this line of thinking.

As of last Saturday, 72 per cent of the district’s population 12 and older has received at least one dose, and 18.7 per cent have had both doses. Factoring in only adults, it jumps to 74 per cent and 19.6 per cent, both nearing the provincial numbers needed to open up Step 2 of the province’s reopening plan, which requires 70 per cent and 20 per cent to kick in – as well as three weeks from the start of Step 1, which began last Friday.

“I’m really pleased with our progress overall,” DeMille said. “People are coming forward to get vaccinations. We had a very good week last week and we saw people going to pharmacies as well as to the various clinics in Thunder Bay and in the district. And I think that’s a very promising kind of step.”

DeMille said she’s hopeful more vaccines arriving in Canada will mean more shipped to Thunder Bay, which could help more people get double dosed. She added she expects everyone who wants to be double dosed will be able to be fully vaccinated by the end of July.