Youth who pointed shotgun at himself, police sentenced to 18 months probation

The teenager was arrested last month after police received a call from a family relative saying the youth was causing a disturbance at a residence.
0
Mar 26, 2020 2:45 PM By: Karen Edwards, Local Journalism Initiative reporter 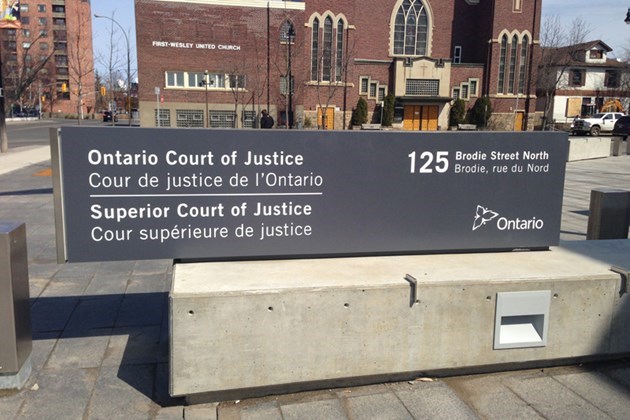 THUNDER BAY - A male youth who has been diagnosed with various mental health conditions was handed an 18-month probation period for pointing a firearm at himself and a police officer last month.

The youth’s identity and any information that could identify him is protected under the Youth Criminal Justice Act.  The teenaged boy pleaded guilty on Thursday to one count of pointing a firearm and one count of mischief under $5,000 in Thunder Bay court.

Crown Attorney Trevor Jukes told the court that at the time the boy was in a moment of crisis and was trashing the residence he was staying at which resulted in a family relative calling the police.

When an officer attended, the police member noticed the boy was visibly upset and saw him go out of sight and return with a shotgun in his hands while yelling.

The officer drew her gun and advised the boy to drop his weapon. The boy ended up pointing the gun at himself, under his chin and then pointed it at the officer.

At some point, the boy ended up falling to his knees and dropped the shotgun.  He was arrested and brought into custody.

A psychological report was ordered for the boy which stated he had ongoing mental health issues for years, Jukes said.

Crown counsel told the court this type of incident was very concerning and although the charges are serious, the primary focus was the boy’s mental health regarding suicidal ideation.

The report also stated the youth was at a “low risk to re-offend” and recommended he participate in an intensive residential substance abuse program and counselling for trauma, grief and loss.

His probation period will also include staying away from alcohol and drugs and writing a letter of apology to the officer who responded to this call.

“(The youth) needs to know that (the officer’s) professionalism saved his life,” Jukes said.

The boy was also handed a two-year weapons prohibition.

If you are someone you know is struggling with thoughts of suicide, help is out there. The Canada Suicide Prevention Service enables callers from anywhere in Canada to access crisis support by phone in English and French. Help can be reached by dialling 1-833-456-4566 seven days a week, any time of the day or by clicking here.