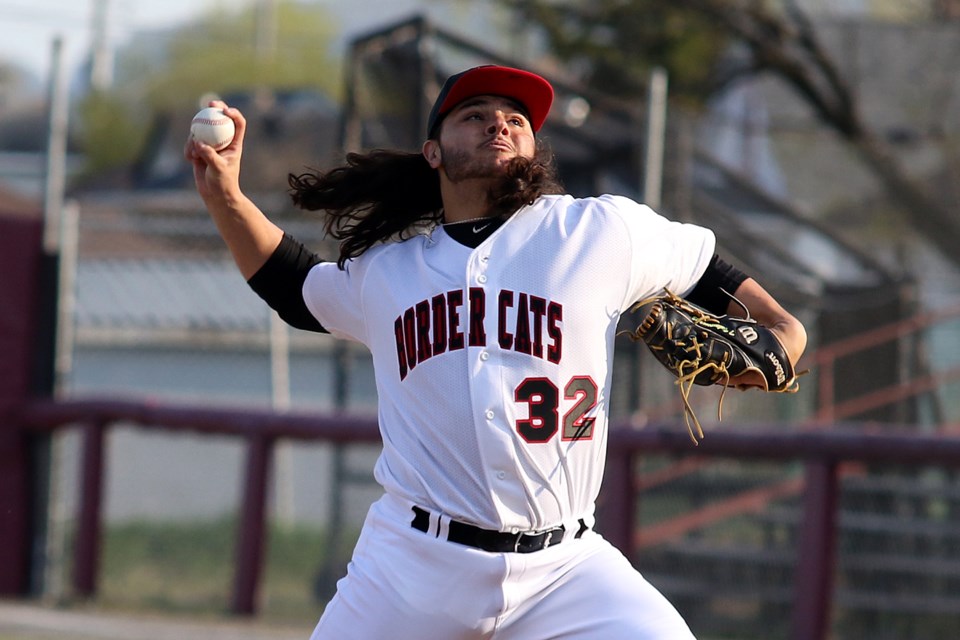 Right-handerTrent Valentine was handed the Opening Day start for the Thunder Bay Border Cats against the Duluth Huskies on Tuesday, May 28, 2019. (ILeith Dunick, tbnewswatch.com)

Their opponent on Tuesday night, the La Crosse Loggers, erupted for six runs in the seventh inning to erase a 5-4 deficit, added two more in the ninth and sent the Thunder Bay Border Cats down to their fifth straight defeat, a 12-5 decision in front of 531 home-field fans.

Starter Trent Valentine, reliever D.J. DePiero, who took the loss, and Austin Eggleston, allowed four runs apiece on the night, the Cats falling to a dismal 3-12i n 2019.

It was the little things that cost Thunder Bay the game, their 12th in 15 outings.

And when things went wrong, they went really wrong in a hurry.

After DePiero loaded the bases in the seventh, thanks in part to an error by third baseman Tyson Fisher.  Eggleston took over and fared no better.

He hit Adam Christianson with a pitch and the La Crosse slugger took second on a wild pitch that scored T.J. Boyd, Christianson coming home seconds later on a passed ball.

Marius Balandi took over in the sixth and went four strong to pick up the win, giving up three hits and two runs.

Valentine was chased with one out in the fifth, surrendering four runs on seven hits. DiPeiero took the loss for Thunder Bay.

The two teams meet again on Wednesday. Jack Ferguson (1-1) is expected to get the call for La Crosse (8-7).