North Stars rally in third to double up Lumberjacks 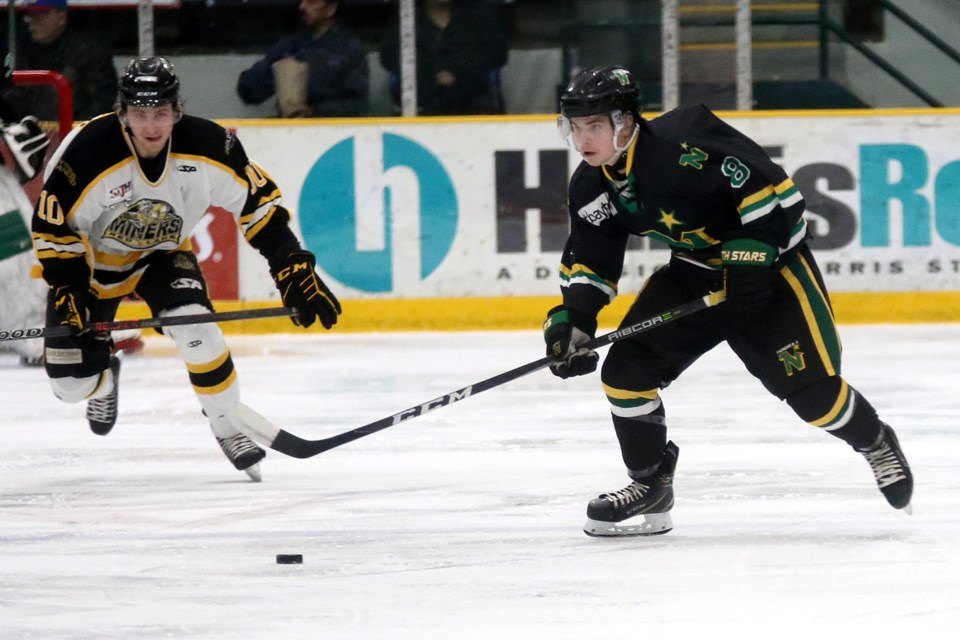 SPOONER, Wisc. – The Thunder Bay North Stars entered the season looking to replace a lot of points lost to graduation.

They may have found a chunk of them in Jacob Anttonen.

The veteran North Stars forward scored a pair of first-period goals, his second straight two-goal game, to open the 2019-20 campaign, to lead the visiting Thunder Bay squad to a weekend sweep in Spooner Wisc., downing the Wisconsin Lumberjacks 6-3.

The Stars needed three unanswered goals in the third to pull out the victory, after the host Lumberjacks wiped out a 3-0 deficit with three straight goals in the final 3:41 of the middle stanza.

Andrew Rennie, Nikolas Campbell, with his second in two nights, and Jacob Brown scored in the third for Thunder Bay, who improved to 2-0-0. Alex Erwin had the Stars other goal.

Ryan Green, with a pair 13 seconds apart, and Jack Jones had the Lumberjacks goals.

Jordan Smith made 47 saves to pick up the win for Thunder Bay, while Cole Manahan was victimized six times on 42 shots.

The North Stars travel to Thief River Falls on Friday.

Local sports bar preparing for big NHL and NBA weekend
Aug 1, 2020 7:18 PM
Comments
We welcome your feedback and encourage you to share your thoughts. We ask that you be respectful of others and their points of view, refrain from personal attacks and stay on topic. To learn about our commenting policies and how we moderate, please read our Community Guidelines.