Joel Willan scores 57 seconds into extra time to give the Stars a season-opening win over expansion Wisconsin.
Sep 21, 2019 9:46 AM By: Leith Dunick 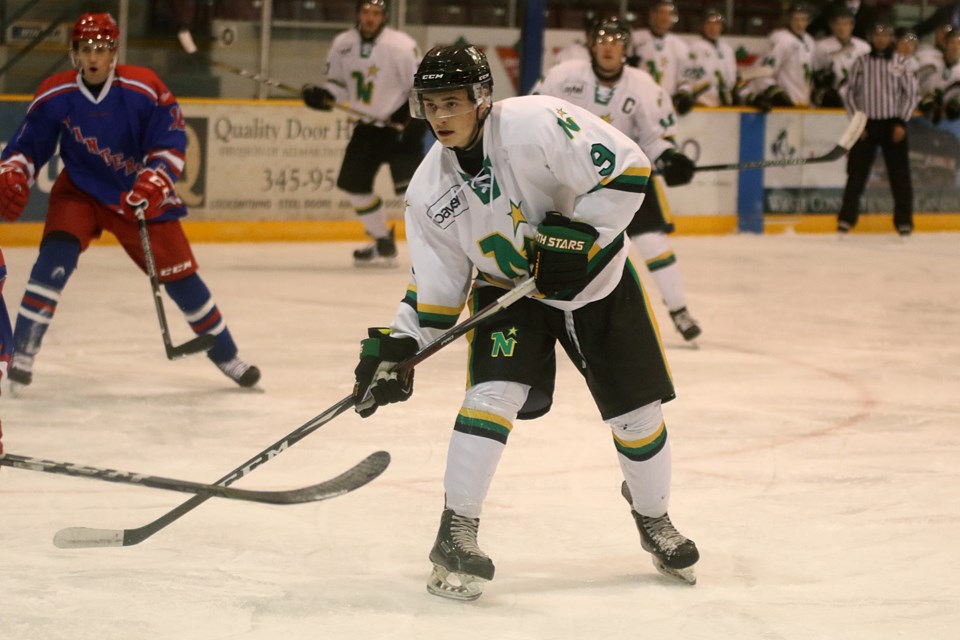 But the expansion Superior International Junior Hockey League club also didn’t prove to be a pushover in their maiden game in the six-team circuit.

The Stars needed a Joel Willan goal 57 seconds into overtime on Friday night to secure a season-opening 4-3 win over the host Lumberjacks, marking the return of the SIJHL to Wisconsin for the first time in five years.

Jacob Anttonen scored twice and Nikolas Campbell added a single for the North Stars in regulation.

Lukas Lundgren opened the scoring for the Lumberjacks 35 seconds into the contest. Wisconsin also got goals from Dalton Garcia and Cameron Birkeland, who tied the score 3-3 midway through the third for force the extra period.

The two teams will tangle again on Saturday night.

Local sports bar preparing for big NHL and NBA weekend
Aug 1, 2020 7:18 PM
Comments
We welcome your feedback and encourage you to share your thoughts. We ask that you be respectful of others and their points of view, refrain from personal attacks and stay on topic. To learn about our commenting policies and how we moderate, please read our Community Guidelines.