Jylisa Williams’ basketball journey has already taken her from Atlanta to Alaska to Alberta. Along the way, she’s dropped out of school, joined the army and decided she missed the sport enough to give higher education another try.
Jul 19, 2013 10:12 AM By: Leith Dunick 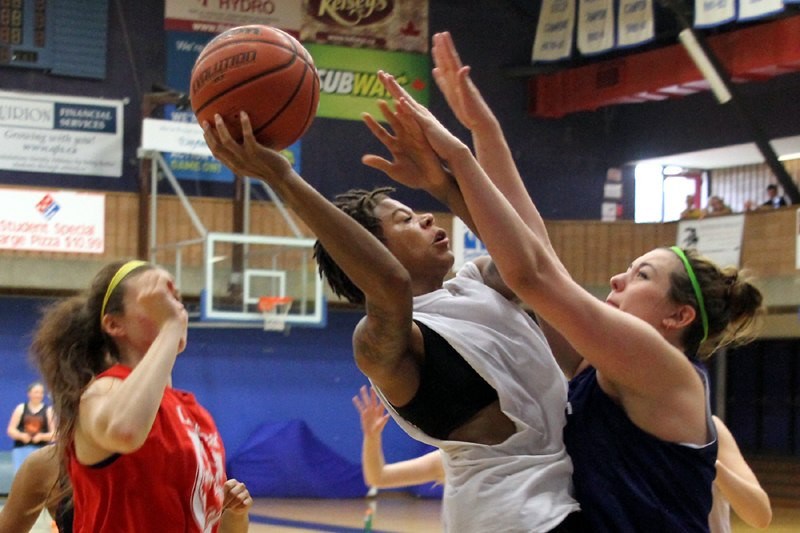 Jylisa Williams’ basketball journey has already taken her from Atlanta to Alaska to Alberta.

Along the way, she’s dropped out of school, joined the army and decided she missed the sport enough to give higher education another try.

An aspiring social worker off the court, the ex-Georgia State two-guard landed in Thunder Bay this summer, where in November she’ll kick off her Canadian Interuniversity Sport career with the Lakehead Thunderwolves.

“It’s been a journey,” said Williams earlier this week, in town for a get-to-know-you visit with her future teammates and to take part in an elite-level clinic put on by LU’s women’s basketball program, a chance to impart her knowledge of the game to the next generation.

“I started at Georgia State my freshman and sophomore year. Things kind of didn’t go good with me and the coach, so I took a break from basketball and tried to get my head together and joined the army, which is kind of random. But I needed to get my life on track.”

Williams, whose brother Keith spent a season in the Canadian Football League in 2008, said the discipline she found in the armed services was just what she needed.

“It got me right on track for life,” said Williams, who has two seasons of CIS eligibility left.

All good things must come to an end, so the old saying goes, and for Williams, after two years in the military, it was time to move on.

The calls flooded in when it became known she wanted to resume her playing career.

As well they should have.

The Metro Atlanta player of the year in her senior season at Stephenson High School, Williams averaged 18 points a game playing in a team-oriented system, twice topping 30 points.

She also averaged four steals a game and shot 76 per cent from the charity stripe.

Her career at Georgia State started strong. Williams started all 30 games as a rookie, earning CAA all-rookie honours while dropping 10.5 points a game and tying the school’s single-game record with nine steals against Mississippi Valley State in late 2008.

Ultimately, after her army stint, Williams chose Alberta’s Olds College, where she averaged 26.5 points a night, earning her the Canadian College Athletic Association’s player of the year award.

Highly sought by university coaches across the country, Williams said she chose Lakehead for its intangibles.

“I took a visit up here last month and I really felt at home. I really liked the smaller university, the hands-on with the students and the smaller classrooms, and even the team,” Williams said. “They accepted me as a family. It wasn’t just a front because I was a recruit. I really felt a genuine vibe.”

Williams is the star of a recruiting class Wolves coach Jon Kreiner rates among the top five in Canada, admittedly biased about the job he and his staff have done.

“Up to (signing Williams) we’ve had a pretty solid recruiting class. It’s nice to kind of hit a homerun a little bit and get that first-round draft pick, so to speak, in terms of a recruit. But the nice thing about Jylisa is not only is she a standout basketball player, she’s a standout person. We’re already seeing it right now,” Kreiner said.

“She’s a leader. I think she’s got some good experience in that department, being in the army for a couple of years. Just the way she carries herself and how positive she is with the other kids – and not only with our players when someone makes a mistake, but the athletes, even the three-to-five-year olds in the morning.”

“We have a lot of good recruits coming in. We have a young team and a lot of new players coming in, which creates competition for us next year as a team. It also allows us to have a deep team, to have people sub, which is what we need to be successful.”

Lakehead finished 7-14 in 2012-13, tied for sixth in the OUA West, but missed the playoffs on a tiebreaker.