Monday Morning "MUG"ing: An unlikely place for a Noodle Bowl 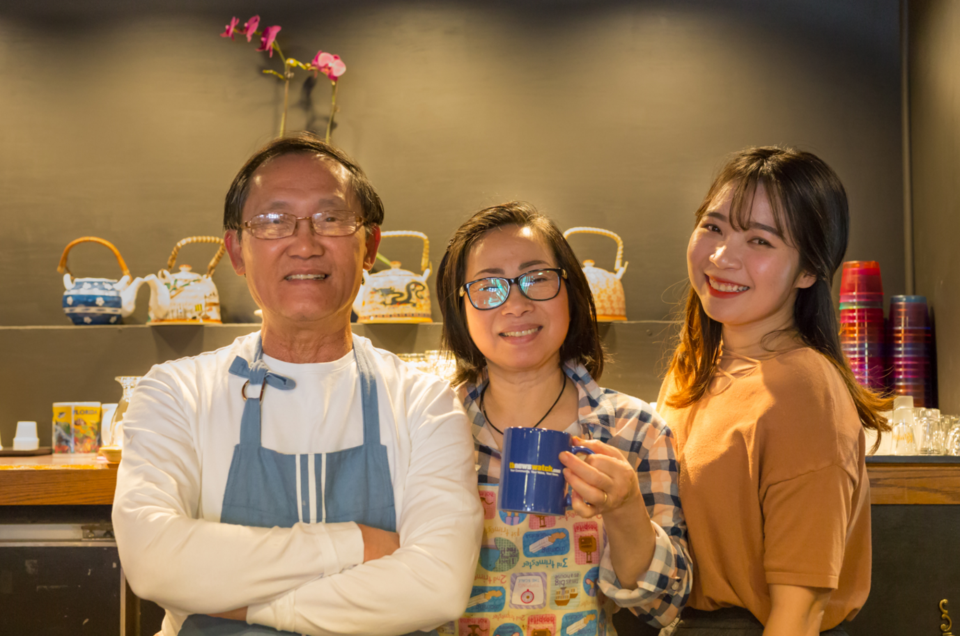 THUNDER BAY -- A dark cavernous bar with a huge space for live music is not where you would typically look for ethnic food. But Noodle Bowl, Thunder Bay’s first Vietnamese restaurant, serves up hundreds of noodle bowls and pho every week out of Crocks on Cumberland Street.

Owners Trong and Bonnie Ho opened their restaurant in 1987, serving both Canadian and Vietnamese food. Previously, Trong had worked in a shipyard (which he found intolerably cold after arriving as a refugee from Vietnam) but his wife’s cooking afforded the couple a way to start their own business. “My wife wanted to introduce our food – food is culture,” he explains.

Their current menu is small and straightforward – noodle bowl (rice vermicelli with fresh veggies, grilled meat and spring rolls on top), wonton soup, lo mein, Vietnamese crepes and pho (noodles in beef broth) on the weekends. The food is always fresh, the quality top notch and portions generous. Despite being open only four days a week from 11:30 a.m. to 6:00 p.m., their reputation is such that they have a small army of devoted regulars and nobody bats an eyelash at the occasional heavy metal band getting ready to rehearse while diners finish their food. When the couple closed doors a few years ago to go into retirement, regulars complained and asked Trong and Bonnie enough times to come back that they reopened their doors again in 2016. “I also got bored of retirement,” he laughs.

Currently, they start prepping food on Tuesday (they make 700 to 800 spring rolls a week) and open doors on Thursday. That is also the day Maltese delivers the meat and bones for pho, which requires hours of simmering, cooling and skimming off the fat. It is labour intensive, but they would not dream of taking a shortcut.

At 67 years old, retirement is on Trong’s mind again. His son, who works front of house, is not interested in taking over and the family business is up for sale, but so far it has not found a buyer. Regulars don’t necessarily need to panic – Bonnie is willing to stay on part-time and help the new owners transition and teach them her recipes, so with some luck, Thunder Bay will not be deprived of its favorite noodle bowl.

Monday Morning ‘MUG’ing: A lifetime in the automotive business
Jun 22, 2020 8:30 AM
Comments
We welcome your feedback and encourage you to share your thoughts. We ask that you be respectful of others and their points of view, refrain from personal attacks and stay on topic. To learn about our commenting policies and how we moderate, please read our Community Guidelines.