This week’s Monday Morning MUGing takes a look at Indian restaurant Monsoon.
May 28, 2018 8:03 AM By: Ayano Hodouchi-Dempsey 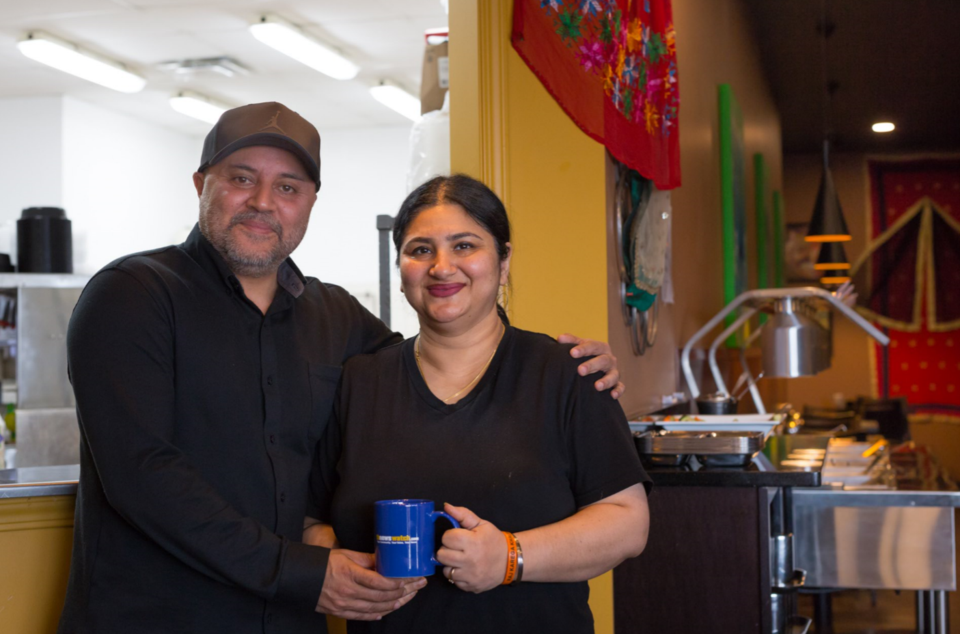 THUNDER BAY -- When Jasmeen Bhullar and her husband Harpeet moved to Canada, they looked for a small business they could run. When a franchise opportunity in Toronto fell through, they searched further afield, eventually landing in Thunder Bay where Harpeet bought a carpet cleaning business. “It was destiny,” Jasmeen says.

She had previously owned a restaurant in Punjab, and going into the food business was something she had always had her sights on since she moved to Canada. However, opening a new restaurant is an expensive business, often costing as much as buying a house. Jasmeen had 20 years of experience operating a restaurant in India, but she knew very little about the business in Canada, or how her food would be accepted here, so she decided to start small. A family friend helped her rent the cafeteria space in the old Hillcrest High School, and she took the opportunity to see if she could open a successful restaurant here. With an obscure entrance in the back of the building and the canteen itself up a flight of stairs, the location was far from ideal, but it was enough to start a small take-out and delivery business. “It was a good experience, we learned a lot of things,” Jasmeen recalls. She hosted a few buffets from time to time, took on catering jobs and gained a reputation as the new delicious Indian place in town. After about a year, plans to move to a proper sit-down location materialized.

In December 2016, Monsoon opened its doors at its current location on Arthur Street. The items on the menu are mostly from Northern India and Punjab, which is where the couple are from. Some of the items on the menu, such as the Monsoon Papa Chicken (a family recipe) and Dhaba Chicken Curry are the same dishes that Jasmeen served in her restaurant in India.

Currently, they have buffets for lunch on Thursdays and Fridays (11:00 a.m. to 3:00 p.m.) and for Sunday dinner (4:00 p.m. to 9:00 p.m.). Crowd favourites such as butter chicken, channa masala, rice and naan are always included in the buffet, but every week there are multiple new dishes to try. The buffet is Jasmeen’s sounding board, where she tries various new recipes and sees what people like. Monsoon’s upcoming summer menu will include pav bhaji, a popular street food in India, which is a thick vegetable curry, and chicken drumsticks cooked in the tandoor.

Monday Morning ‘MUG’ing: A lifetime in the automotive business
Jun 22, 2020 8:30 AM
Comments
We welcome your feedback and encourage you to share your thoughts. We ask that you be respectful of others and their points of view, refrain from personal attacks and stay on topic. To learn about our commenting policies and how we moderate, please read our Community Guidelines.