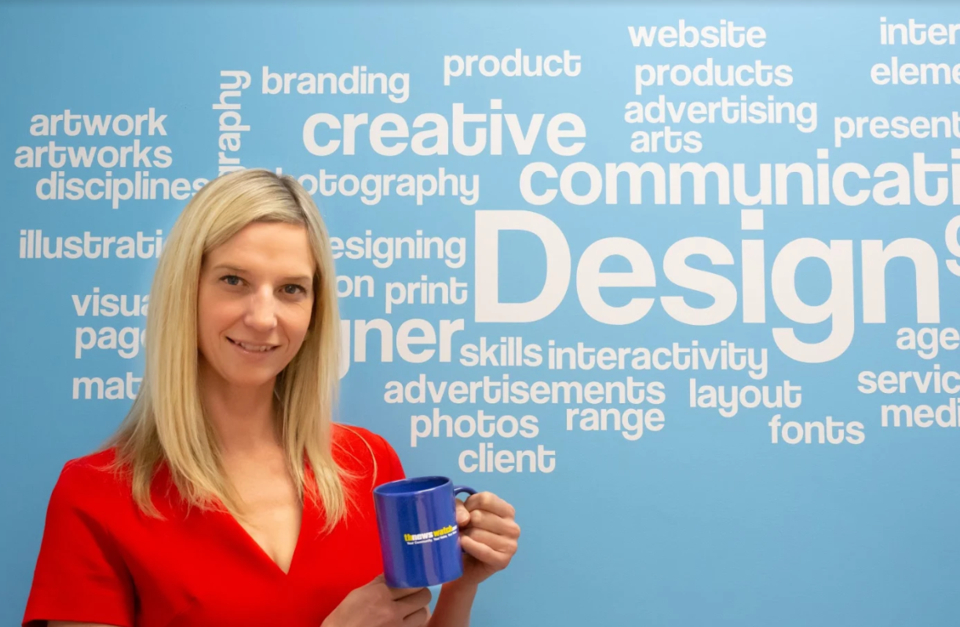 THUNDER BAY -- Stephanie Ash, founder and CEO of Firedog Communications came to Thunder Bay for love, stayed, and built a company that celebrated 15 years in October 2018.

In 2002, she was a young PR professional who had traveled and worked in the U.K. (where she is originally from,) Europe and Australia, and she followed her boyfriend to Thunder Bay, where he was a student at Lakehead University. Networking with local business owners led to freelancing as a PR consultant, and after a while, she decided the city might be a good place to open her own business.

There wasn’t a lot of encouragement - at the time, the forestry sector was suffering and unemployment was high. “I think it was just the general depression and feeling of negativity in the city; there was no waterfront development back then, not many newcomers or international students,” she recalls.

Being a young outsider with few contacts in the community, people told her that Thunder Bay is a “tough market to crack and a lot of locals aren’t successful running a business, so your odds aren’t great.”

“But at the time I had nothing to lose,” she says. “When you’re young, you don’t have mortgages and children, so you can take a risk.”

She partnered with an American with a marketing background and in 2003 started the company in her basement, the two women sharing one computer. After a few months, her business partner, who was married and had more financial commitments than Ash did, decided to get a full time job, and Ash took over Firedog Communications by herself.

The business grew quickly; she moved into an office downtown and hired staff. Today, her office is on Court street, and she employs 11 people.

She bills her company as a “one-stop communications and marketing shop,” offering a range of services, from brand development, website design to corporate communication services and media relations. Her clients also run the gamut, from big corporations such as Bombardier and Thunder Bay Hydro to small local businesses such as Perfect Fit Lingerie just down the street.

Ash says that one of the challenges Firedog Communications faces is that many businesses are reluctant to accept that if they want to grow their business, they need to spend money even if budget is tight. “Oftentimes they wait until there’s an issue or a problem before they want help, whereas sometimes a proactive approach is better,” she says.

Attracting and retaining the right talent can be difficult in Thunder Bay.

“You tend to have people who will use it as a stepping stone to go to a larger company, or to a big city, because they think it’s more exciting in bigger cities, but they don’t recognize that you get way more experience working in a smaller market and a smaller agency, because you get to work on projects that you would never get to work on in a larger agency,” she explains. “It’s a small city and sometimes people think the grass is greener elsewhere, but it’s not. I know; that’s why I’m still here!”

In the years since Ash started Firedog Communications, she has started a family here and values the work-life balance she has, which is harder to attain in large metropolises.

At the risk of sounding unambitious, she wants to keep her company the way it is - a small team of qualified professionals being really good at what they do. “My approach is quality, not quantity,” she says.