Monday Morning ‘MUG’ing: A bit of London in Thunder Bay 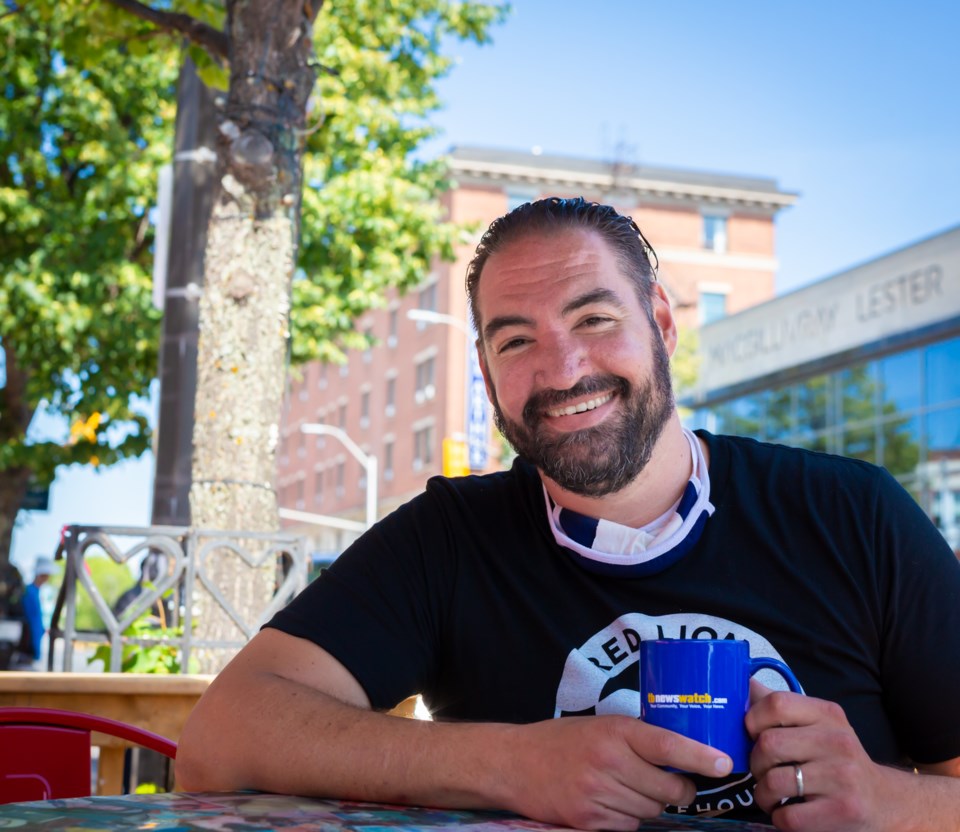 THUNDER BAY -- Born and raised in Thunder Bay, John Murray moved to Toronto in his teens, then spent a decade living and working in London, UK. He moved back to Thunder Bay in 2014 to open the Red Lion Smokehouse with his wife Alexandra Bono.

He had a vision of bringing London pub culture to the city, and “that’s what drove the whole menu and concept, and the name. We wanted to have a pub that was warm and welcoming to everyone,” Murray explains.

His approach has worked; not only has the Red Lion become an integral part of the downtown Port Arthur restaurant scene, he was successful enough to move half a block from 28 Cumberland to 16 Cumberland last year, where he bought the building of a former nightclub and renovated it to include several other local businesses.

Big Lake Pasta makes their pastas there and also has a retail space, Ungalli has a store that includes products from other local businesses such as the Red Fox Forge and Waxx Candle Co., and La Luna Wellness Studio has a yoga studio there.

“We wanted to have a space where we could have tenants as neighbours, they complement what we’re doing,” says Murray. “It’s a building that has its own communal energy. There’s a lot happening in this building, which is exciting.”

He maintains a high standard when it comes to what’s on the menu. “When we first opened we did craft beer and bbq; craft beer was just becoming a thing and we got ahead of the curve there. We always want to support independent local business,” he states. “We made a conscious decision not to buy beer made by conglomerates. Big companies buy up small businesses, but only 49 per cent so that they can claim they’re craft [beer], but they’re not really. We do our homework to make sure we’re buying beers that are still family-owned.”

Future plans include a brand new menu to be launched in the fall. “We’re adding a few more vegan and vegetarian options and more pasta options, collaborating with Big Lake Pasta,”he says.

Murray thinks being an approachable restaurant with offerings that can please anybody has contributed to his long-term success. His approach goes far beyond the food and beverage aspect of the restaurant. “I wanted to foster pub culture - a lot of events for every single walk of life,” he says.

When pandemic restrictions shut down the dining room and the social events, Murray quickly pivoted to put those events online. “We have an active events calendar. Online quiz night, online trivia night, online chef’s table. [We did it as] online zoom events. It’s the new reality,” he says. “We tried to stay creative, we wanted to still provide as much normalcy as we could.”